Ever wondered what the Anthenaeum Hotel looked like before being renovated and the restaurant was taken over by Galvin back in December 2015? Here's the answer!

Following our lunch at Roka Aldwych, we strolled around Southbank before heading to The Athenaeum Hotel for dinner. 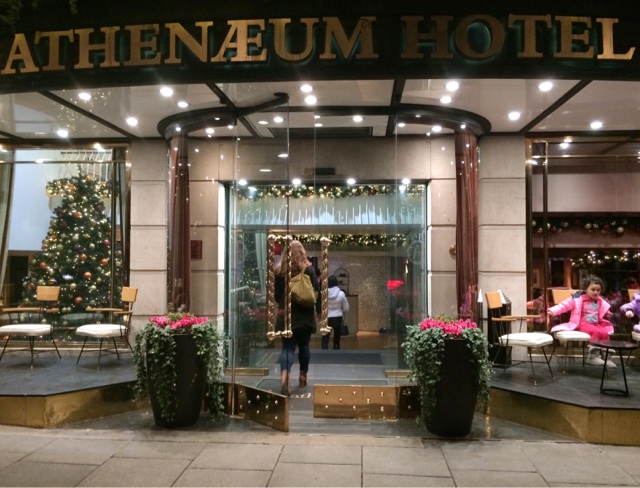 Using Bookatable.com, we made a reservation for 6pm. Although we arrived 10 minutes early, we were seated promptly. 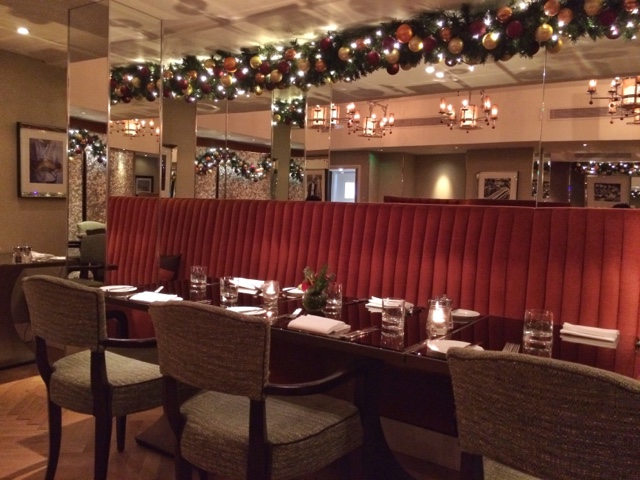 The restaurant was a lot smaller than I had anticipated but nonetheless looked elegant and classy. The dim lighting with mirror panels on the walls created a romantic setting but proved not so great when taking photographs. 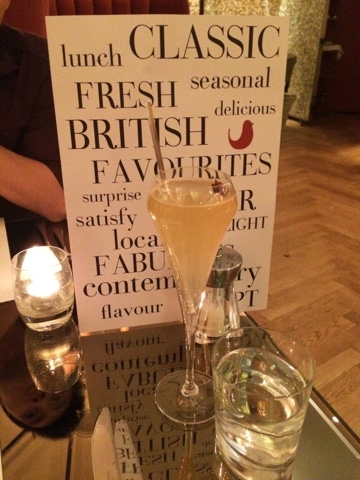 It was a 3 course set menu with a cocktail for £25. We requested non-alcoholic cocktails, which was quite enjoyable - it was a bit orangey and had a fizz to it. The menu was during the Christmas period so may be different now but ours looked something like this: 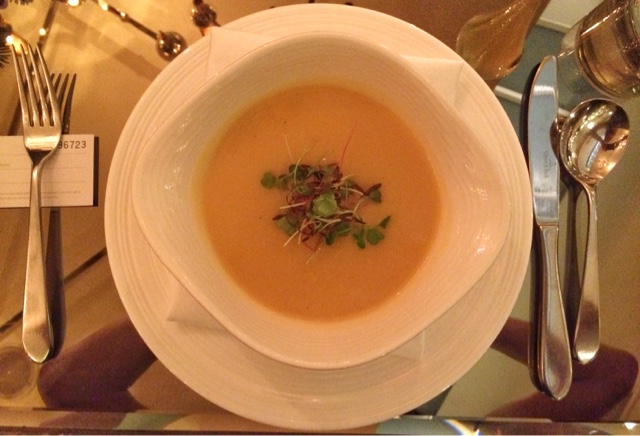 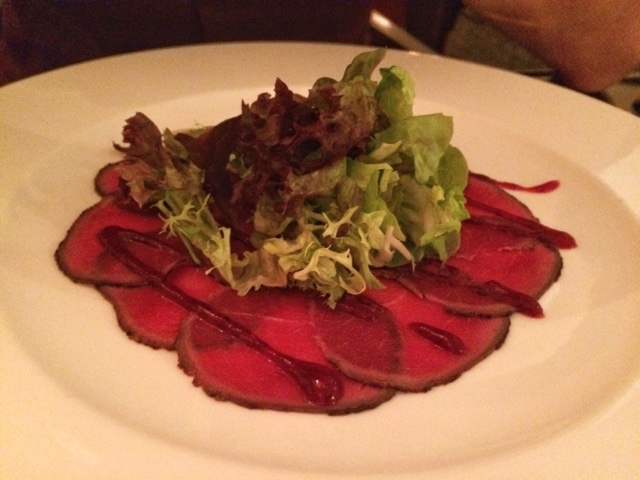 For starters we chose soup of the day and the carpaccio. The soup was delicious and silky smooth. I thought it would be served with bread but turns out that comes at an extra charge of £4. My soup looked quite big compared the very few, thin slices of venison. It was hard to guess what the sauce on the venison was as the smoky flavour was quite intense.

Next to arrive in good time, were our mains: Roast Corn Fed Chicken and Fillet of Pork. 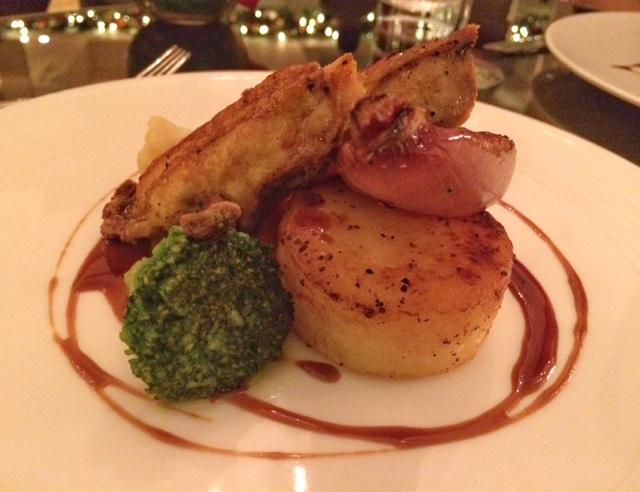 The chicken looked well presented except I was disappointed to find that the plate looked a bit empty as there was only one fondant potato, one piece of broccoli, one cauliflower and half a shallot (despite the menu stating plural). I wish there had been more jus as it was lovely and the meal was just a dry with the amount drizzled on the palte. 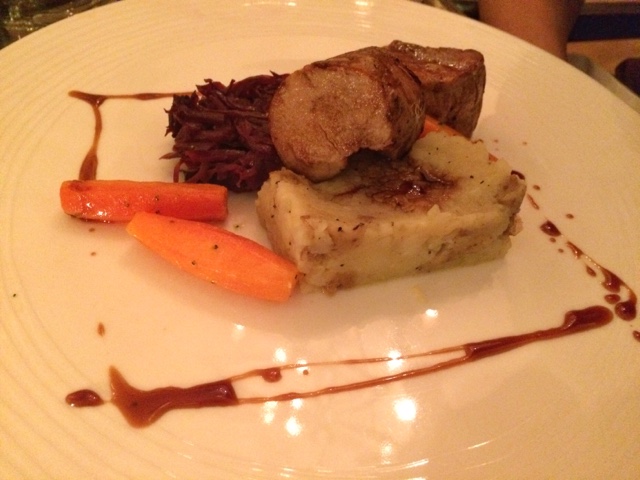 However, when the pork arrived - the plate looked as though it half of the meal had been left in the kitchen. It wasn't as appealing or colourful as my chicken dish but I guess it's hard to make pork and red cabbage, mash and two tiny carrots looks pretty. I found the red cabbage too vinegary. 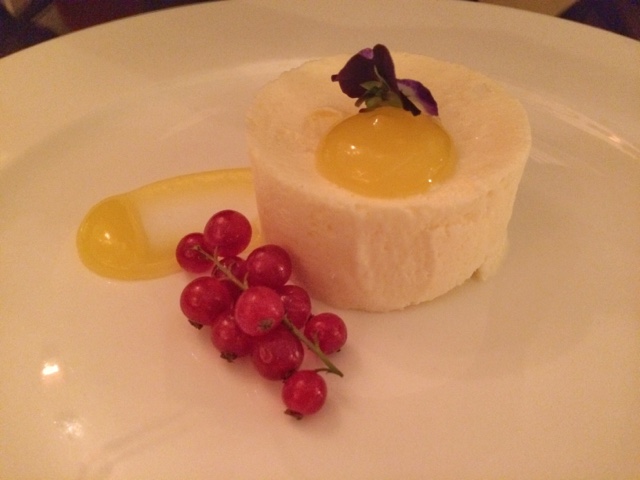 Our final course - dessert. I can't resist mulled wine so I went for the jelly and Ken went for the Iced Soufflé Glace, which turned out looking a lot different to how we had expected it to be. 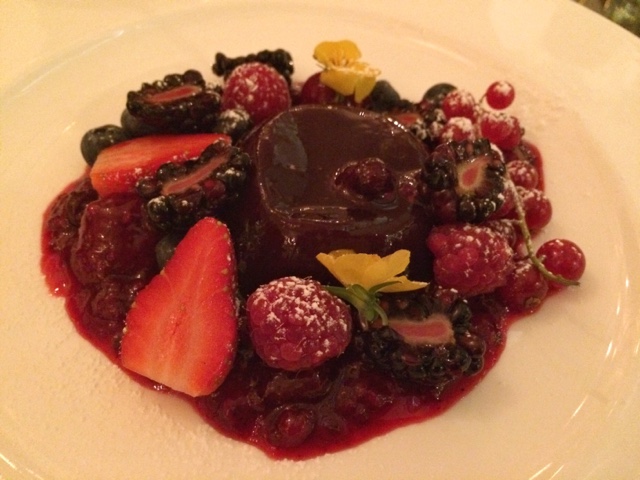 If you're a lover of mulled wine with the alcohol still in tact, the jelly is must. It was a bit too strong for me but it balanced out with the sharp winter berry fruits.

Overall, I think Athenaeum is a nice place to go to have a romantic dinner but I would say the set menu is a little on the small side if you have a good appetite! The service was good with the courses arriving smoothly and we didn't feel like we were being rushed or not attended to.