Looking to take a short break away whilst wandering around Christmas markets and sipping on hot mulled wine? Berlin is the place for you. 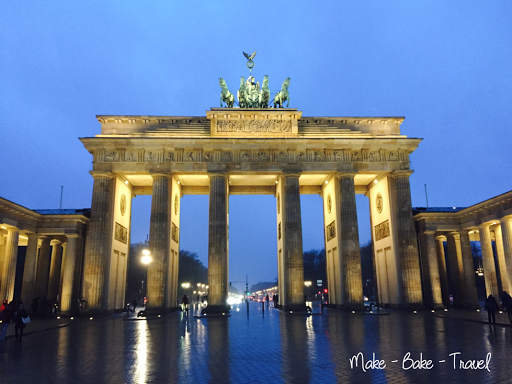 With only 2 days in Berlin, we chose to stay in the centre of the city near Bülowstraße.

Day 1
For breakfast, we headed to Einstein Café, 11 minutes walk from Bülowstraße. It's great for intimate catch ups as it has a quiet but warming atmosphere. Still half awake, our appetite wasn't quite there yet so we ordered the tiered breakfast for one, a hot chocolate and a chamomile tea. 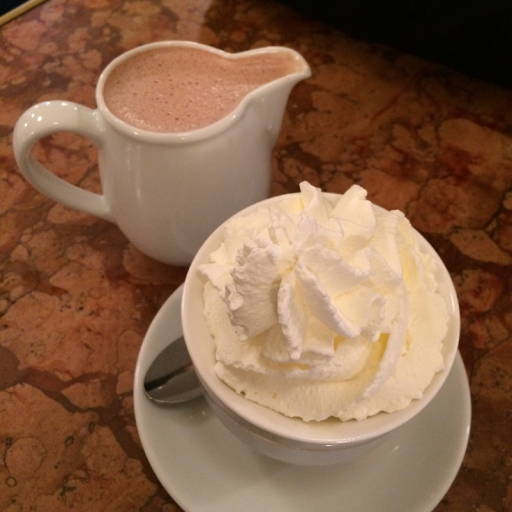 The hot chocolate came in a miniature jug with a plate of cream. It was chocolately, smooth and had the right amount of sweetness to it so it wasn't too rich. The chamomile tea was also smooth. 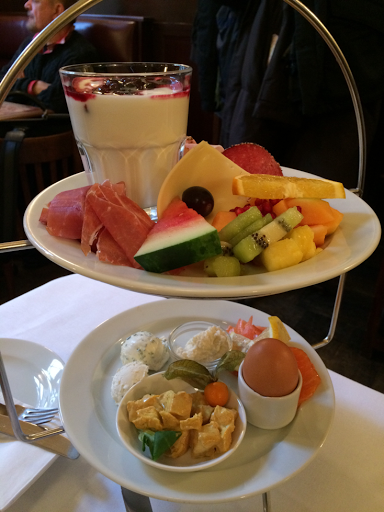 The tiered breakfast was served just like afternoon tea, with fruits, a glass of berry yoghurt and thinly sliced meats on the the top tier followed by curry chicken, salmon, cream cheese and a soft boiled egg on the second. Along with it came a basket with different breads. 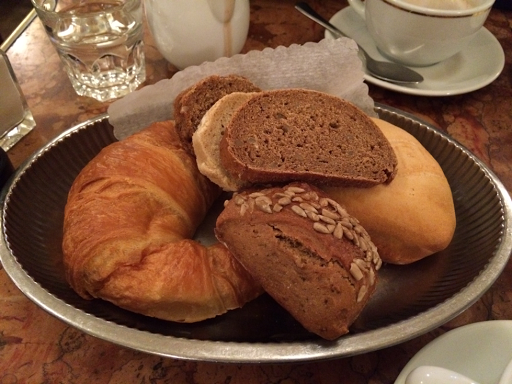 I loved the selection of refreshing fruit. The salami and various slices of ham I found too salty and had to eat a piece of bread with every bite. The salmon tasted a little bit fishy but I prefer my salmon smoked. Ken did say it went really well with the various sauces on the plate. Despite being for one person, this breakfast was enough for the two of us.

Feeling incredibly full, we walked slowly back to the station and jumped on the U-bahn to Potsdamer Platz.

Tickets
These can be purchased at any station but I would advise having some change on you as some machines can be fussy. I would also advise printing off a U-bahn (train) map before you travel, it just makes it a lot easier to work out what zone ticket (A,B,C) you need. For zones AB it's only €7 for the whole day up until 3am. For zones ABC, it's only an extra 60 cents more.

With the weather being rainy, cold and miserable, the Potsdamer Christmas market was a bit empty. Nonetheless I had a glass of Glühwein, chips and bought some delicious stollen cake for home. 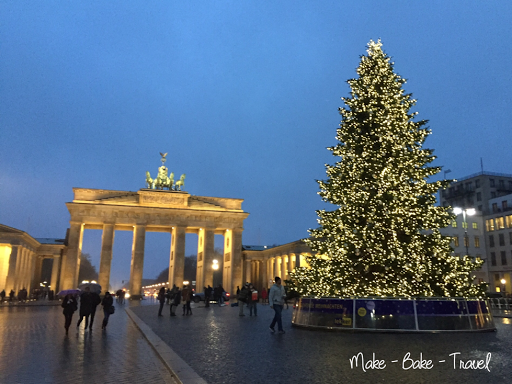 Next stop, Brandenburg Gate! I've only beautiful photos of this landmark and despite the weather it still looked impressive. I just wish you could walk on it to see the view from the top. There was also a big, beautiful Christmas tree, which made made me look even smaller (but I soon found one my own size in a shopping centre!) 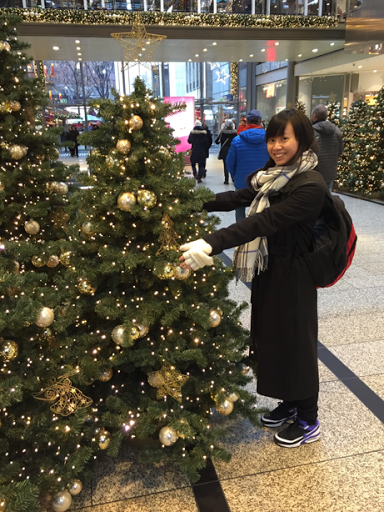 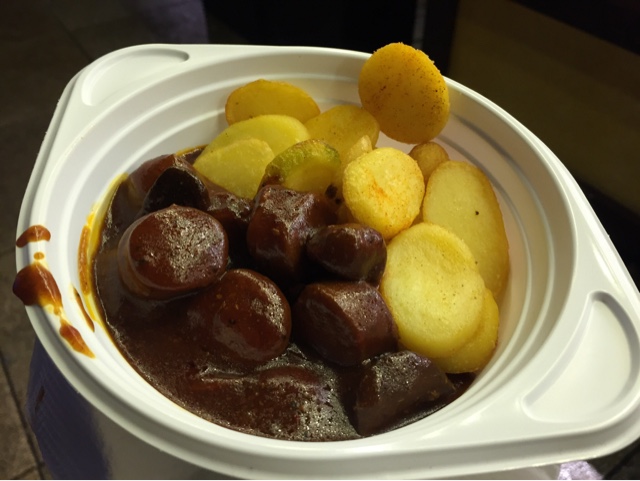 En route to Kollwitzplatz, we stopped by the Christmas market at Alexanderplatz. It had a more lively atmosphere and I was keen to try the currywurst with fried potatoes slices (Kartoffeln).

We headed to the Ökomarkt (eco-market) in Kollwitzplatz, which happens every Thursday and Saturday. It starts at 12pm - 7pm. We arrived at 5:30pm to find only a few stalls left so if you'd like to go, go earlier. I discovered a vegan apple tart, which was delicious even though I squashed it. It had just the right amount of mixed spices and sweetness making it very delectable.

Last stop, Lucky Leek. This restaurant specialises in delicious and filling vegan dishes. As soon as I saw the 5 course menu I knew that's what I wanted. I can't remember the dishes but here is what they looked like: 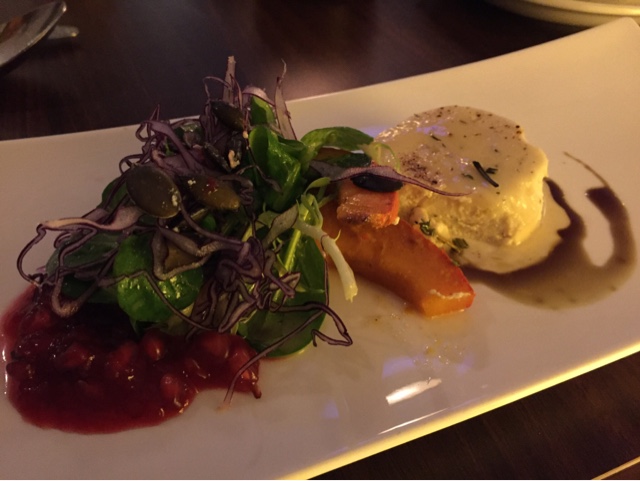 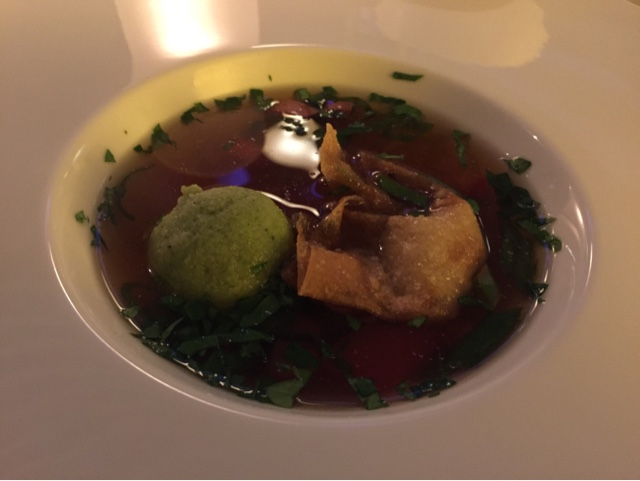 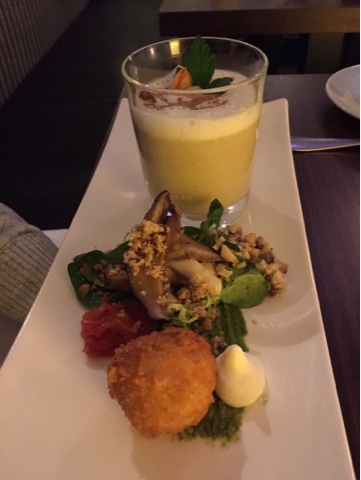 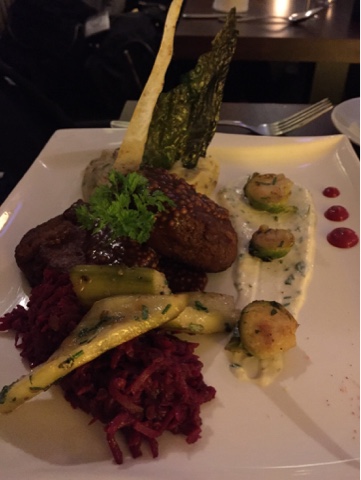 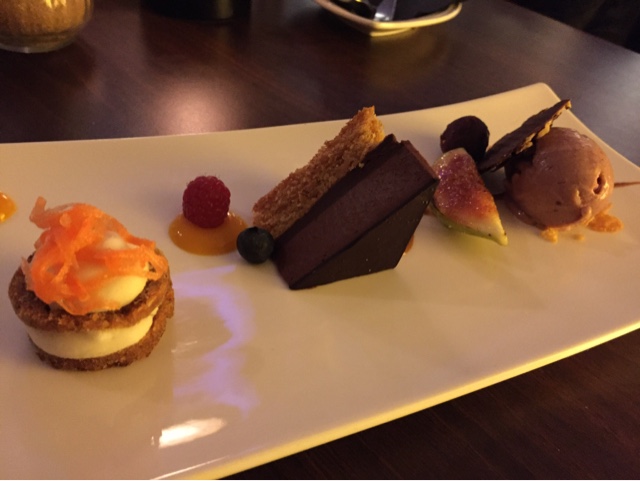 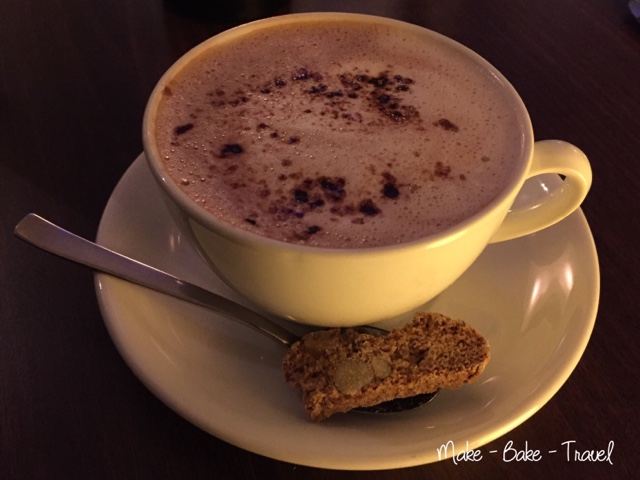 Day 2
With our flight at 9pm, we still had a few more hours to explore. First stop, Zeit für Brot, a 'Shoreditch' like bakery. Here you can choose from a selection of tempting bakes and watch them make them. They also cater for vegans with yoghurt pots, sandwiches and mini chocolate baguettes. Of course I opted for the latter. 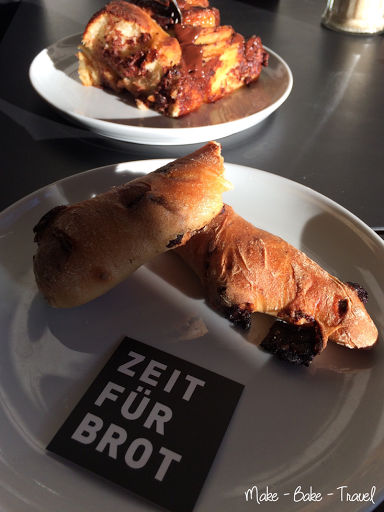 It wasn't as tempting as the nutella cinnamon bun as the burnt chocolate created a bitter flavour but nonetheless, happy I could have something. I would definitely recommend this place for its bakes and atmosphere.

After breakfast, we headed to the Berlin Wall Memorial and Museum Island. Luckily it was a nice day but still very cold. 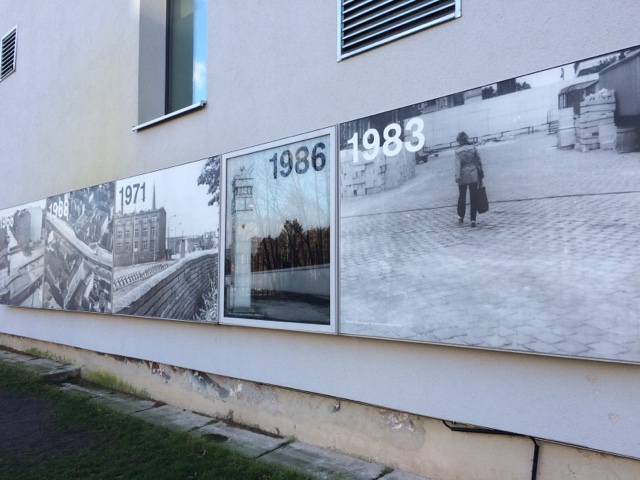 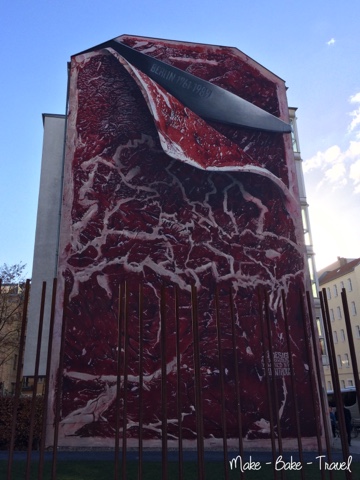 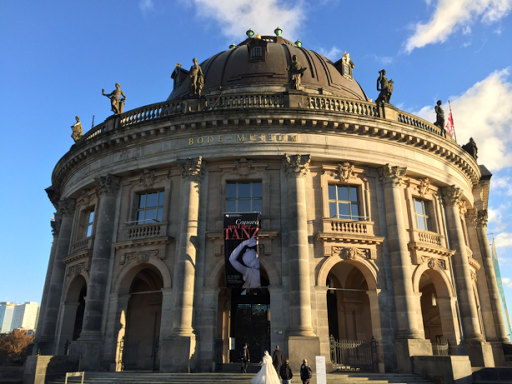 Lugging our suitcases around was quite tiring so a quick stop at Mustafa's Gemüse Kebab was just what we needed. 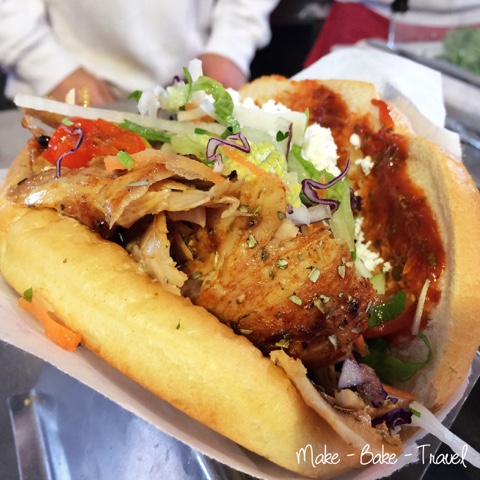 This is one of the tastiest things I've eaten for only €2.90. The thinly sliced chicken was packed with all sorts of spices and topped with fresh salad, hot sauce and feta cheese. Viel lecker! 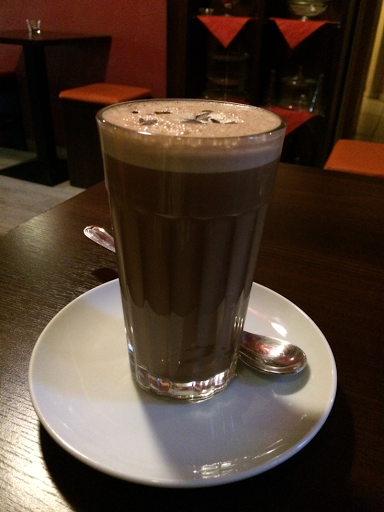 To warm up, we stopped for an almond milk hot chocolate at a vegan cafe across the road from Mustafa's Gemüse Kebab. It was a bitter watery and needed a lot of sugar so maybe try their desserts instead.

Our final place to visit before heading to Scheers Schnitzel for dinner - East Side Gallery. A long wall, next to the road, filled with lots of different artwork. I would recommend going during the daytime, especially if you want to take photos. 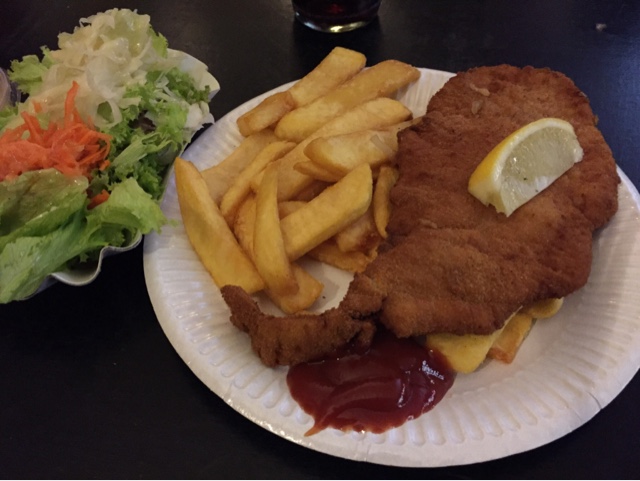 Found on TripAdvisor, Scheers Schnitzel is just round the corner from East Side Gallery and is a very relaxed and popular place to go to. With various toppings, there's quite a lot to choose from. We opted for the Schni Po Sa (which stands for Schnitzel, Chips, Salad) and a Scheers Spezial, which comes with chips, fried egg and onions. A simple, yet satisfyingly filling meal.

It was a very enjoyable short break so I'm sure we'll be back soon!