Working alongside a Concierge & Lifestyle company certainly has its pros when it comes to restaurants. As I design their weekly magazine, I get to see adverts firsthand. This week was a promotional offer for 50% off food and drink at Aster Café. Located in Victoria, they serve Nordic food with a French twist. 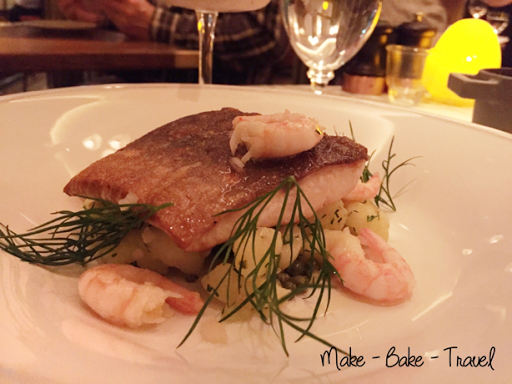 Upon arrival, we were greeted by multiple staff and each one passed us on to another member of staff, who were all friendly but I think six people is a bit excessive.

With lowly-lit lighting and mellow music, it creates a great atmosphere for an intimate date or catch up. Although they do not have an allergens menu, your waiter/waitress will be happy to help with any dietary requirements. 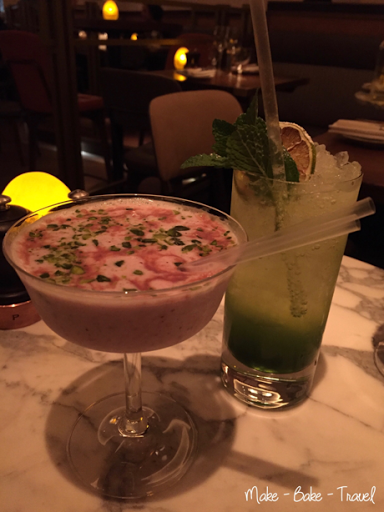 Drinks
Aster have a great selection of tipples but we tried their two non-alcoholic cocktails:

No way - Matcha tea syrup, fresh basil, lime juice, topped with road water.
This drink reminded me of Japan with it's slightly diluted matcha taste. It was just the right sweetness and refreshing.


Shield of Iceland - Icelandic yoghurt blended with fresh berries and citrus with coconut milk
The appearance of this drink isn't the most appealing but certainly made with contrasting colours. It had a prominent yoghurt flavour and is different from your usual mocktail.

We decided to skip the Starters as a few Smörgåbord dishes caught our eye:

Smörgåbord
Mushroom & potato 'hash' with lingonberries
This was my favourite dish of the night. The smooth, garlicky mushrooms were flavoursome and contrasted the crunchy potato cubes, which were as crispy as croutons! All went well with the sprinkling of sunflower seeds and green leaves. Delicious. The only thing I felt it didn't need was the lingonberries. They just added a cranberry-grapefruit bitter aftertaste. 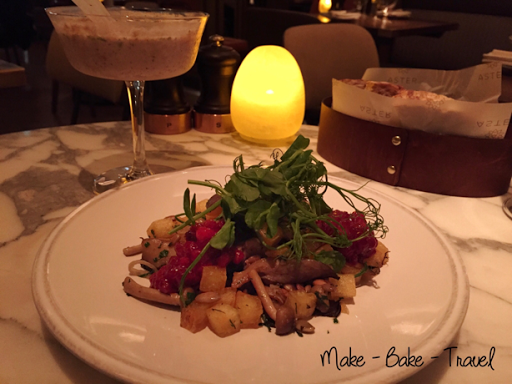 Nordic meats
Reindeer salami, hot smoked reindeer, elk sausage and caraway pork belly
The reindeer salami had the same appearance and taste as shop-bought salami, subtle and familiar. The smaller, darker elk sausage had a subtle smokiness. The thinly sliced, hot smoked reindeer meat was the only flavour that was noticeably different. It had a strong smoky flavour which worked quite well. 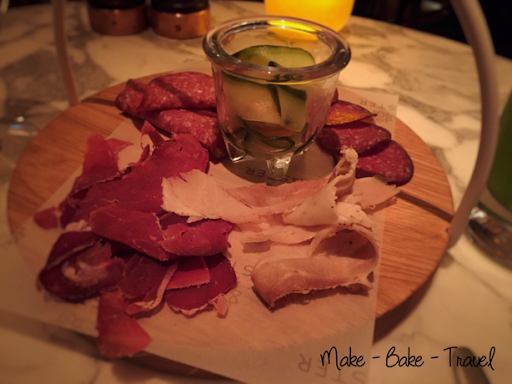 Crispy pork, apple and mustard butter
I'm not if this dish was for us. The bread was quite dense, the apple was tart and although the pork crackling spiral looked pretty, it was like tobacco - extremely chewy but not safe to swallow. 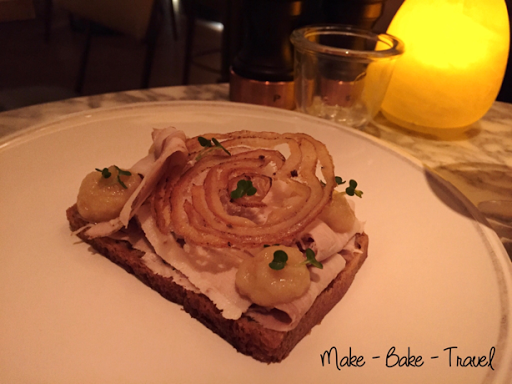 The chef accidentally served it with butter and was almost invisible to the eye. So if you notice something or if you're not sure don't be afraid to ask a member of staff who will happily change it for you.

Mains
Confit duck, red cabbage and blackcurrants
The duck skin had a very crispy exterior with the meat cooked perfectly. The only fault I had with this dish was that it was heavily salted - for me it was over salted. The blackcurrants added small bursts of juice and sweetness to dish and worked well. 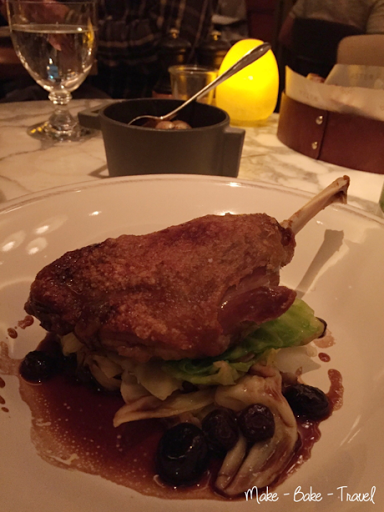 Artic Char, hot smoked, Greenland prawns and crushed potatoes
If you love salmon and the distinct smell and taste of fish then I would recommend this dish. Caught in the cold waters of Greenland, it's a meaty fish, which I think is best served with lemon.

Sides
Crispy bacon potatoes
With the amount of food that we ordered, one portion was a suitable amount for 2 people. However it wasn't as big as it had been described. The larger pieces weren't as crispy and it lacked bacon, so you may want to opt for chips instead. 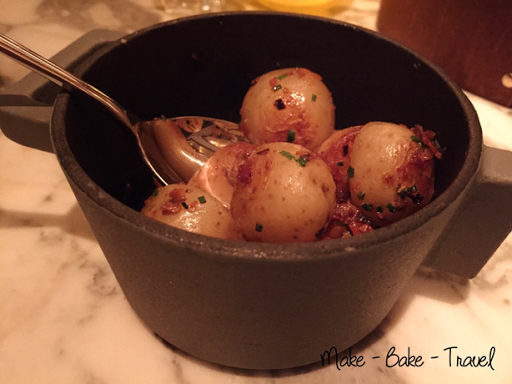 Dessert
Despite feeling overly full, I couldn't say no to Blood Orange and Rhubarb sorbet. Both sorbets were very enjoyable but arrived with a fairly melted exterior. They also had a very similar texture to slush puppies (ice drink). The Rhubarb wasn't sharp like I had expected. Instead it tasted more like pear. The blood orange was great - like a semi-frozen San Pelligrino!

Overall Aster Café is a fairly priced place to dine and is great for trying new foods. I think most of the dishes are on the salty side but I would definitely recommend the mushroom & potato hash.