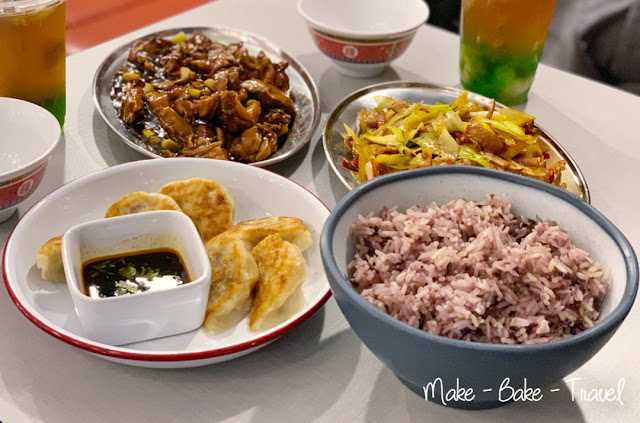 After seeing this place pop up on instagram, I was curious to see if it was worth the hype!

With allergies, I emailed ahead of time and was luckily reassured that the menu didn’t contain dairy (apart from the desserts) but the staff would advise when ordering.

Located just a minute’s walk from Southwark station, the restaurant is situated underneath the train tracks so you’ll get the occasional thunderous sound above but it won’t interrupt your conversation. Despite being underneath that, NumNum feels airy and colourful with a large ordering space. It’s very relaxed so it makes a great place to catch up with a friend. 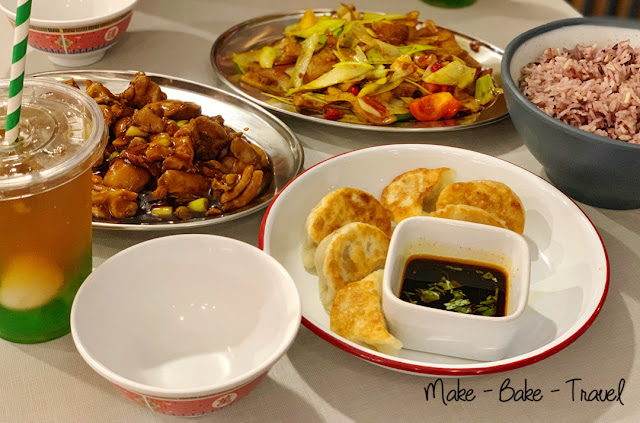 Between the two of us, we ordered two lychee and chrysanthemum drinks and two wok-fried dishes for our mains: Kung Pao Chicken and Twice Cooked Pork Belly with Fermented Broad Bean Paste, Leeks and Shaoxing Wine. We shared a portion of Pork and Cabbage dumplings (5 per portion) and a bowl of Steamed Purple Rice.

The Dumplings were soft and tasty but I would have liked it if there were an even number of dumplings so we didn't have to worry about who's going to be the piggy and have the third one!

The Pork Belly dish was perfectly seasoned and had a delicious kick to it from the fresh chillies. I loved the leeks and red onions but there was a very large quantity in comparison to the thinly sliced pork belly.

The Kung Pao Chicken was slightly disappointing as it left us with a very sharp/sour aftertaste, which seemed like vinegar so I wasn’t able to eat more than two spoonfuls.

The steamed purple rice is just the same as your normal, plain boiled rice (so no unexpected flavours) but with a was a taro-like purple colour.

The chrysanthemum drink with lychee, black tea and green jelly was refreshing and had just the right amount of sweetness to it. I couldn't detect any flavour in the jelly but maybe the black tea overpowered it. We used chopsticks at the end to get the jelly bits at the bottom as the straw wasn't a bubble tea straw.

I think it's a great place for a casual catch up as it's quiet enough to hear each other and you can share different dishes as the portions are on the generous side. The staff are really friendly and helpful.