Now this post is a little bit late but I couldn't not write about it, especially when free food is included! 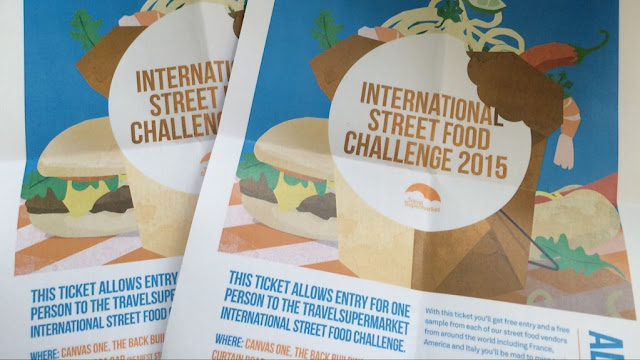 So I found about this event on Twitter via TravelSupermarket. After clicking the link, I was able to print off two free tickets :)

Not knowing what to expect, I was excited and hungry! Located near Old Street station, under an archway, were a set of stalls filled with different aromas. We were given a little piece of paper, which we would hand over to each stall and they would then mark an X on it when we visited them. 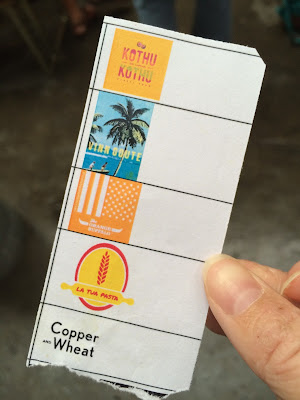 We started with the Spanish stall, Spanish Lab, who served chorizo and chicken paella. With the food being free, we didn't expect to get very much but we were pleasantly surprised! I enjoyed everything and wished I could have had another portion :) 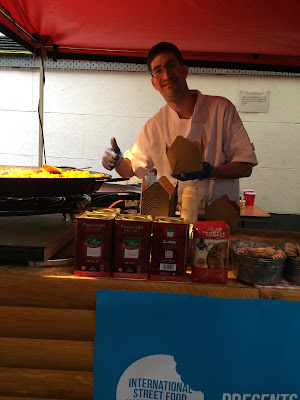 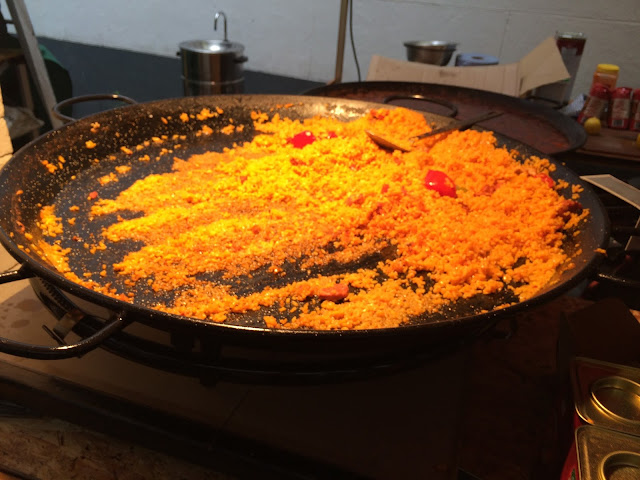 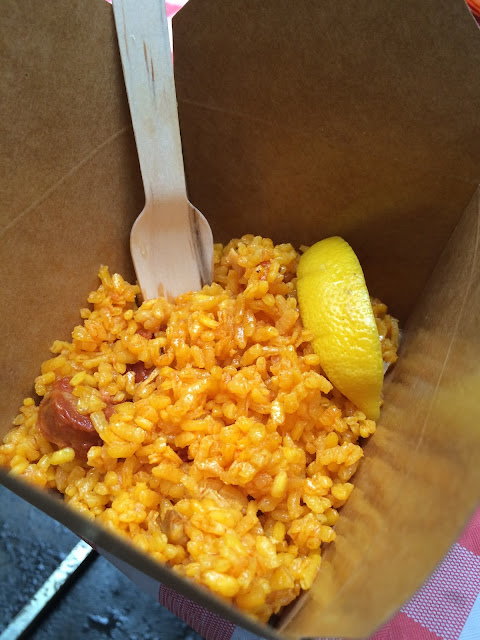 Next we went to Vinn Goute, a Seychelles inspired stall for octopus curry served with saffran rice. It was quite nice to have something spicy with the dreary weather outside! 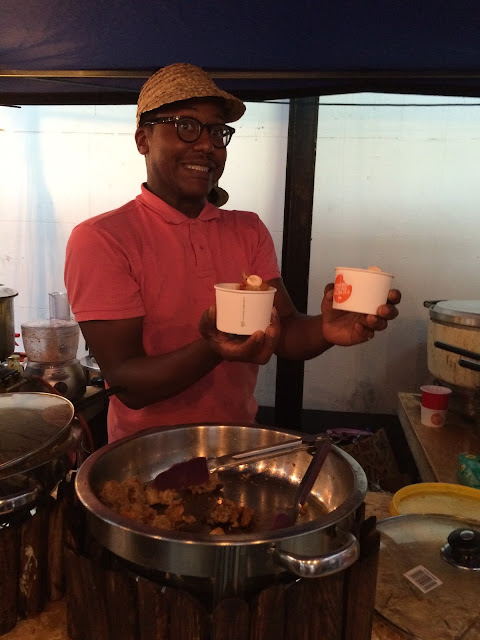 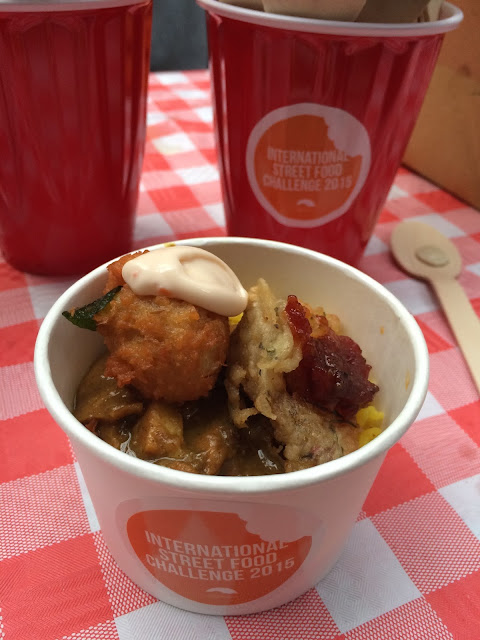 After hearing that there were more delicious stalls inside, we headed in that direction. 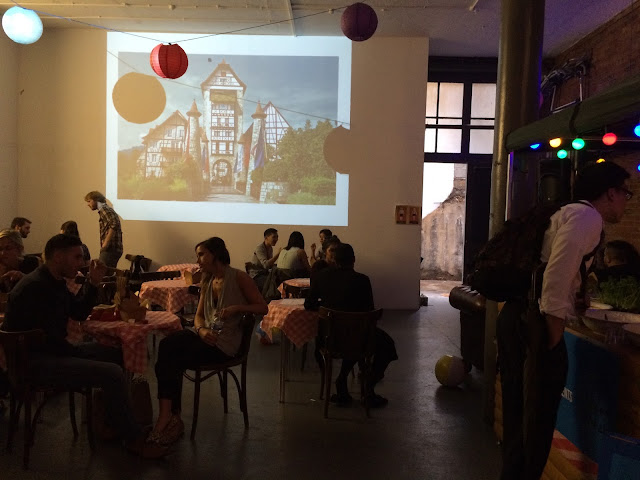 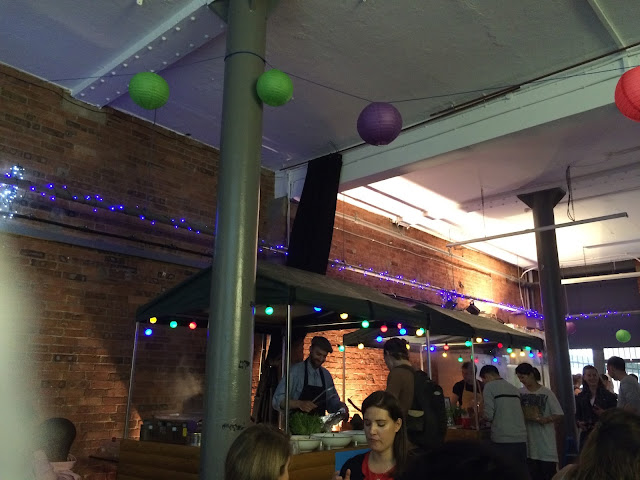 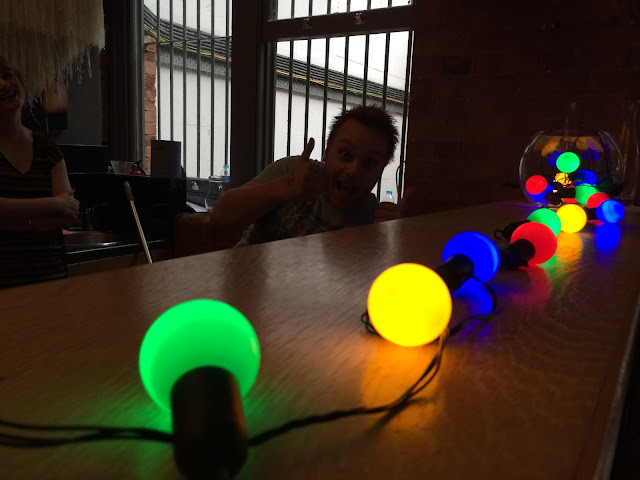 We decided to start with some chips fried in duck fat and a goat cheese Croque Monsieur, which was amazing! Being allergic to dairy, this was my first Croque Monsieur and I loved every bit of it. The goat cheese was perfectly mild and complimented the ham and toasted bread. The chips I could have eaten a whole box full of them! The only bad thing is that Copper and Wheat are from Copenhagen so I can't have it again any time soon :(
I was so glad we got there in time as those who came later missed out as they had run out by 8pm! 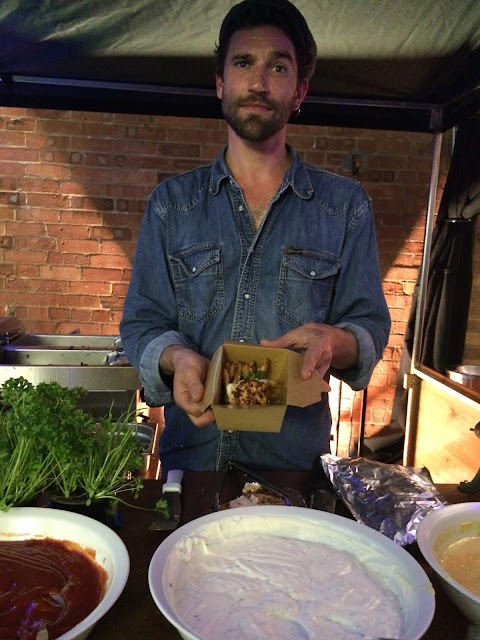 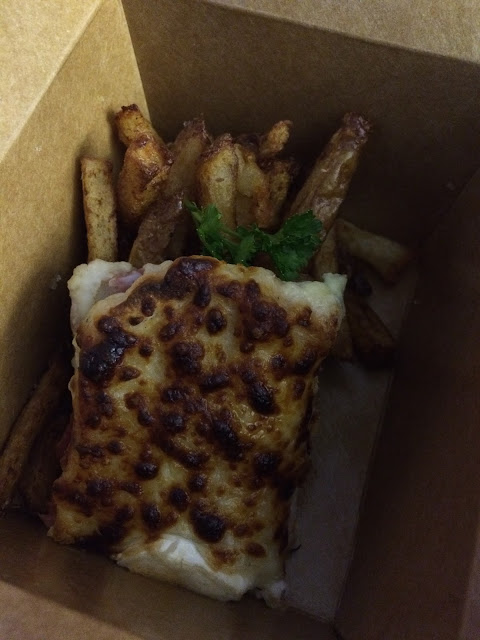 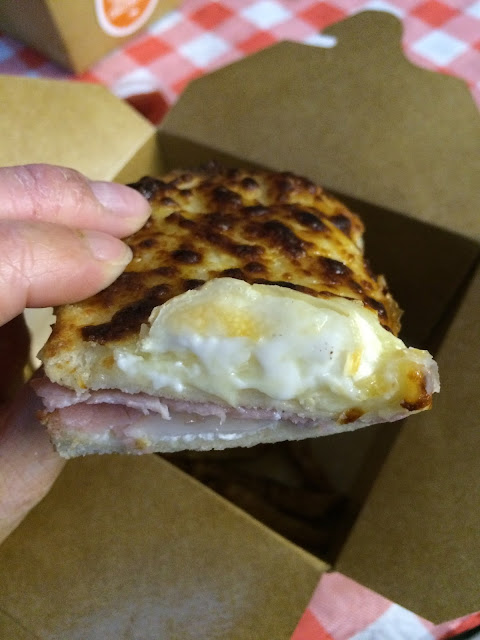 Next we tried the Italian stall - La Tua Pasta, where they served ravioli with three different flavours: pumpkin, wild boar and ricotta with spinach.
The wild boar would have to be the best one for me, with pumpkin being my least favourite as it was so sweet, I couldn't quite tell if I was eating pasta or a dessert. 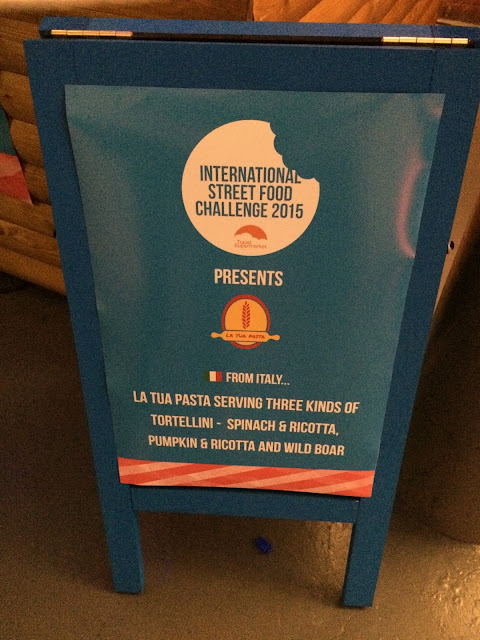 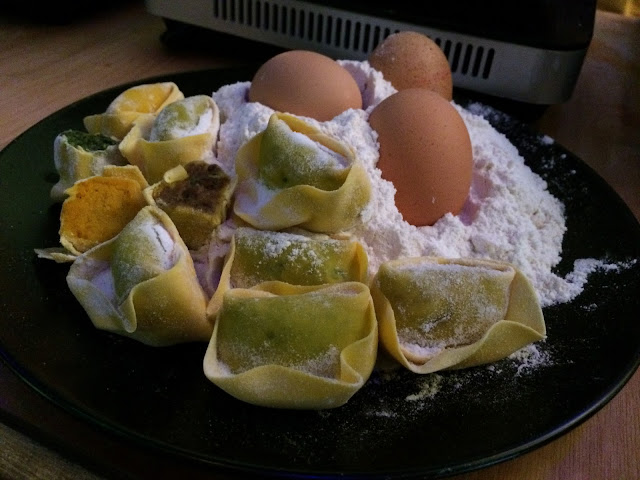 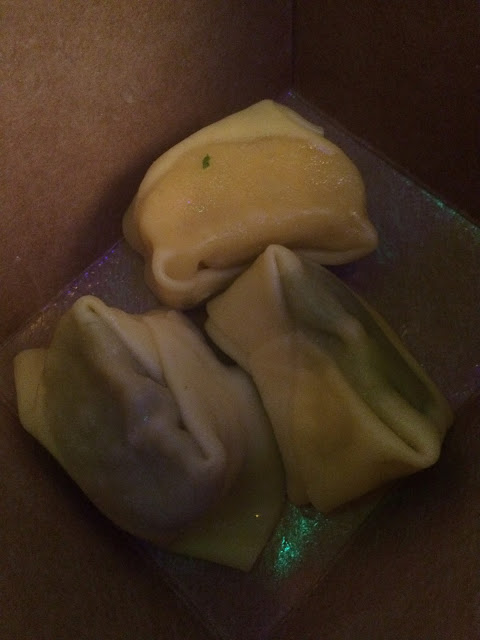 By that point I was pretty full, but we still had two stalls to visit! Thinking this out carefully, we thought chicken wings from The Orange Buffalo would be easier to eat as they weren't as heavy. I decided to be brave and go for the hot sauce. I'm not a fan of chicken wings in general but maybe we were just unlucky with our batch as we found there was more bone than meat. So I guess it worked out quite well as that we were so very full. 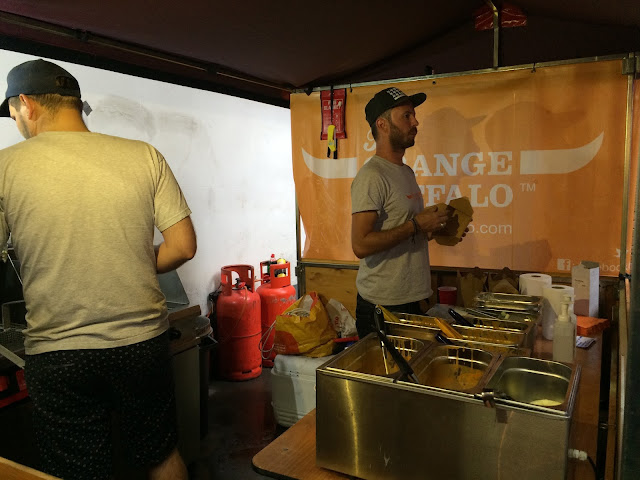 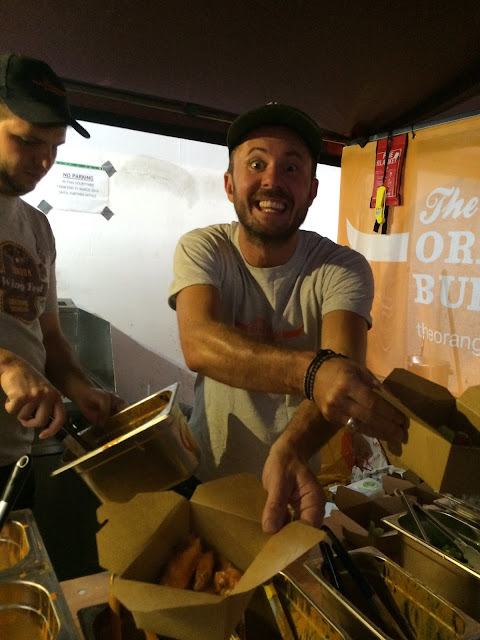 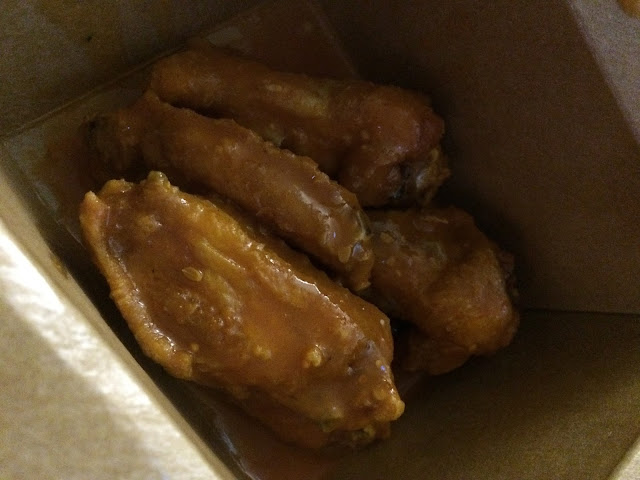 Our final stall was Kothu Kothu, which served Sri Lankan food and was also the winner of the International Street Food Challenge! Congratulations :) and for anyone interested in the winning recipe click here. We had a choice of chicken, beef or vegetables, all served with rice. I opted for the vegetarian version, which wasn't as flavoursome as the chicken one but still enjoyable. Being absolutely stuffed, we ended up having to take our little boxes of rice home as it was just too much. 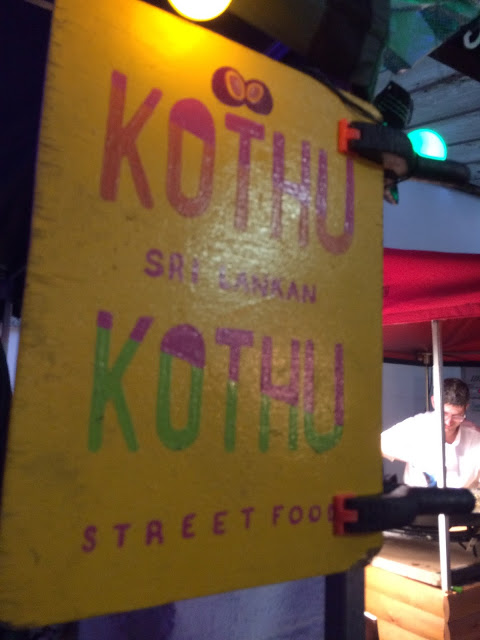 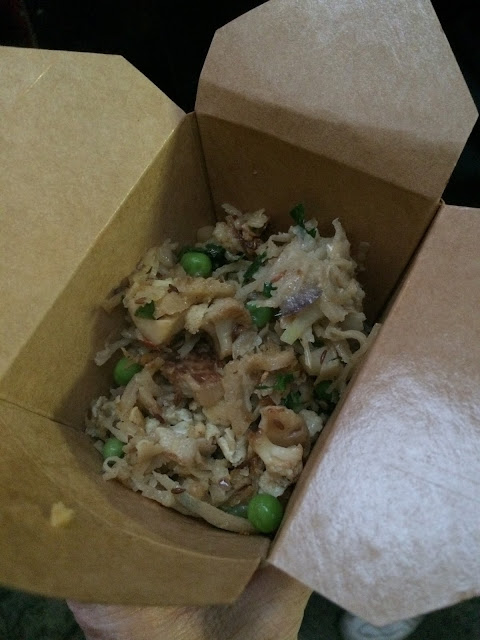 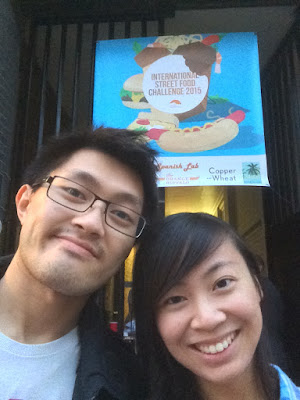