I was highly recommended this place by a friend and after our trip to Japan, I was keen to revisit those flavours I had in Tokyo. 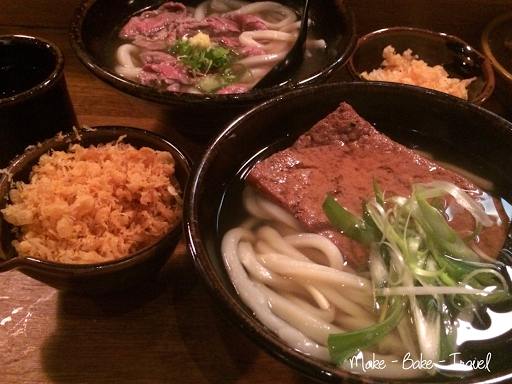 Located near Piccadilly Circus, Koya Bar is a small restaurant, specialising in udon noodles. They do not take reservations, so it is best if you get there early as queues start to form after 7pm.

I knew I wanted the Atsu-Atsu Kitsune (sweet tofu with spring onions, served with hot udon noodles and hot broth). As well as a portion of Tanuki (tempura batter), I was also persuaded by one of the small plates - braised pork belly with cider. 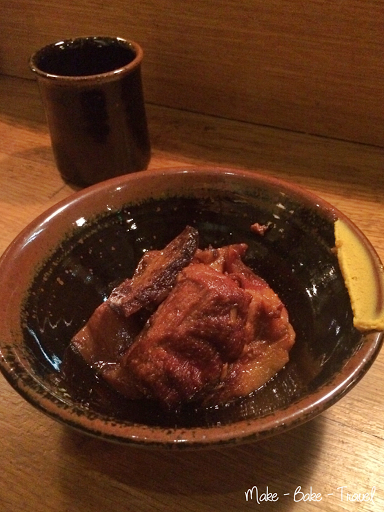 The hot braised pork belly was served with a line of peppery mustard, which on its own is too much but complimented the meat so well. Extremely tender and perfectly spiced, it'll keep you coming back for more! 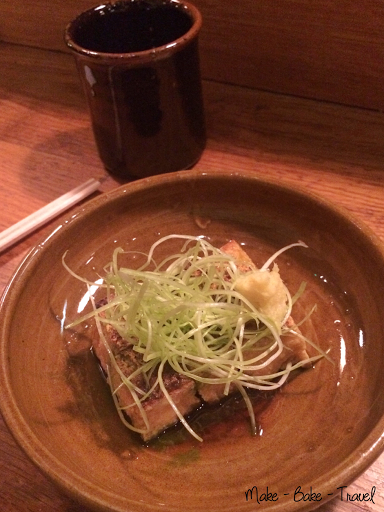 We ordered a small plate of tofu, which has a crisp exterior and a white centre and was served with a green oil. I found it ok but was cooked well. 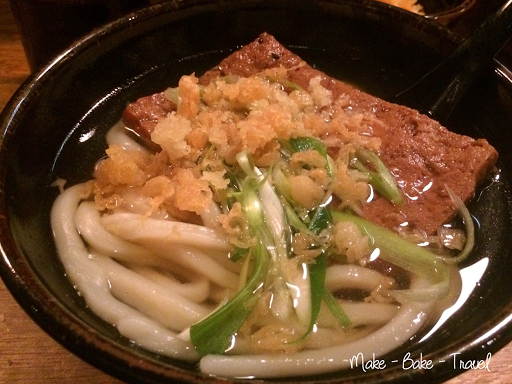 When my Kitsune arrived, I was surprised by the appearance of the tofu. I thought it would be white cubes but instead it was one large, pink-hued piece. It wasn't the best texture or flavour so I was mildly disappointed. The udon noodles were thick and quite chewy. It was only when Ken tried mine did he say it wasn't the same as his. They also gave us unequal portions of Tanuki. 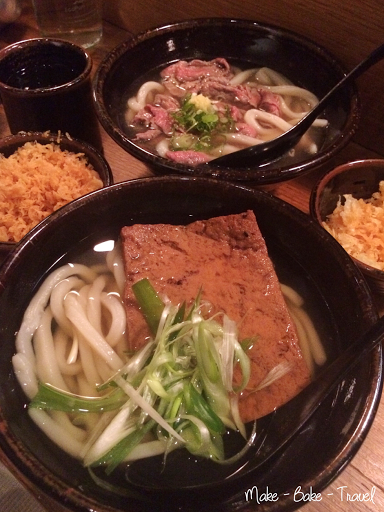 Our order of braised pork belly, 2 green teas, 2 portions of Tanuki and udon noodles came to £43.90 including a 12.5% service charge.
Do be aware that they automatically round the bill up without asking so if you don't want that to happen, they will still charge you the rounded up amount but give you it back in cash (if paying by card).

I'm not sure I would recommend the tofu udon but the hot braised pork belly is a must.