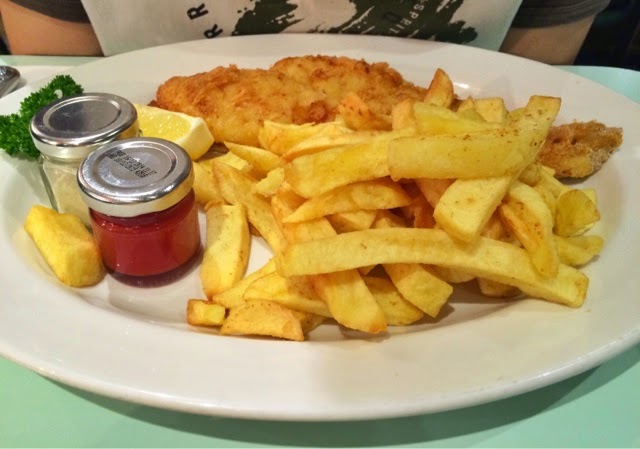 I finally got to tick Poppies of Camden Town off my eating list! For those who haven't heard of Poppies, it is a fish and chips restaurant (with takeaway available), which won the best tasting fish and chips award in 2014. So I was very excited about trying it after originally spotting the other restaurant in Shoreditch. 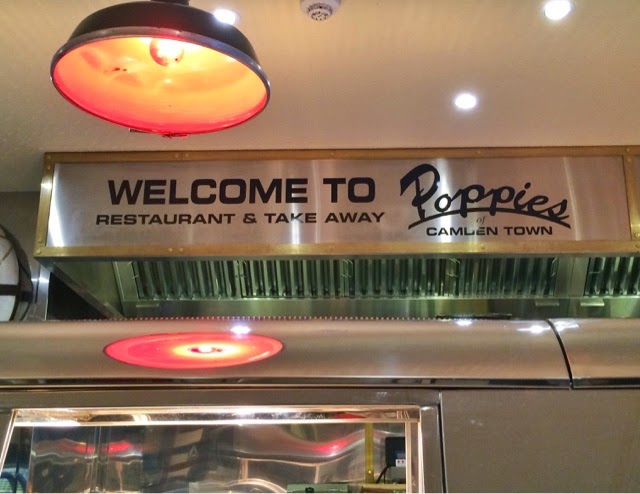 After waiting for a few minutes, we were shown to our table and given menus. We ordered a large and regular cod with chips and two tap waters.

The food arrived very quickly and with two little jars, one with Heinz ketchup and the other withtar tar sauce :) 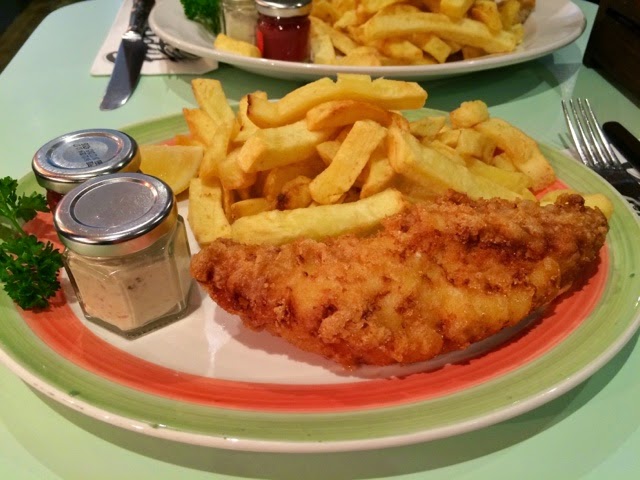 I thought the regular cod would have been bigger but nonetheless it was a good size for lunch. With unlimited amounts of salt and pepper, we seasoned our meals. The "Sarsons" vinegar was questionable and tasted watered down, which I was quite disappointed about. However, the fish was good and had a nice, golden, crispy batter.

Full from our main courses, we asked for the bill and were surprised to find they had charged for the tap water! I know it's only 1p per cup but I don't think I've heard of a restaurant to charge you for tap water. 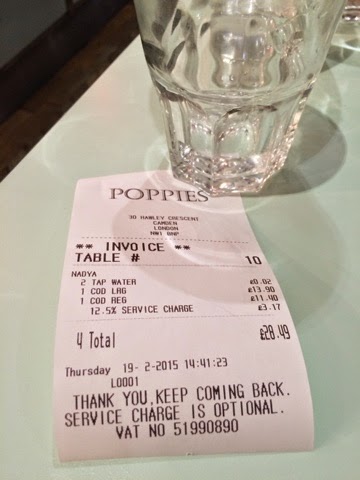 I wouldn't say it was the best fish and chips that I've had but definitely the most well presented one :)