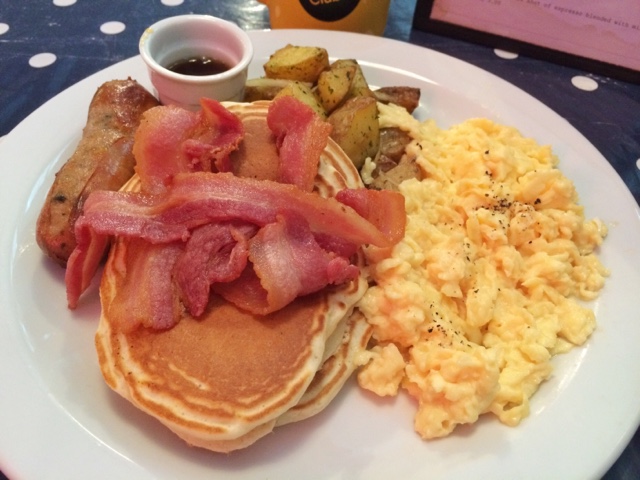 Following my little weekend getaway, where I stayed at Threadneedles Hotel, I visited The Breakfast Club near Liverpool Street station, two days in a row! Yes that's right. Having never been there before, I made up for lost time and indulged in two delicious and incredibly filling breakfasts :) 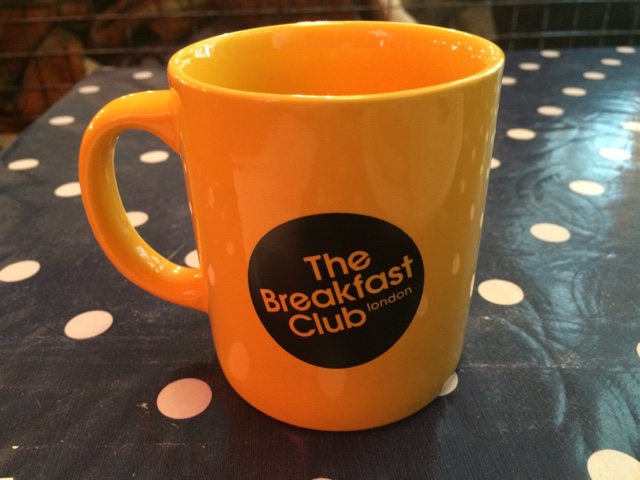 Friday - Day 1
As I was going on my own I had already planned in advance what I wanted to order - All American Breakfast, which comes with pancakes, eggs (of your choice), sausage, home-style fried potatoes, streaky bacon and a little pot of maple syrup. 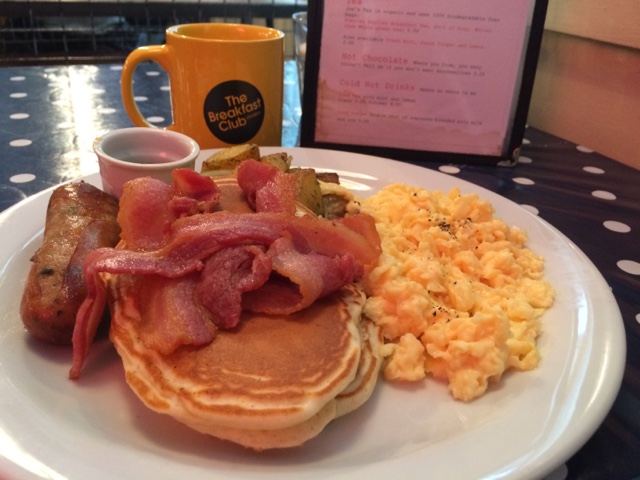 The waiter recommend me scrambled eggs and it was so so good. The combo of the sweet maple syrup and fluffy pancakes with the savoury tastes of bacon and fried potatoes was so delectable, it would have been a crime to have left anything on my plate! Also don't be fooled by the little pot of maple syrup - it's the good stuff, so don't go crazy with it (like I did) or it might end up being too sweet :)

Saturday - Day 2
Having had such a great lunch the day before, it was hard to suggest anywhere else for brunch! So I took Ken and went back and funnily enough, I was sat at exactly the same table and had the same waiter :) 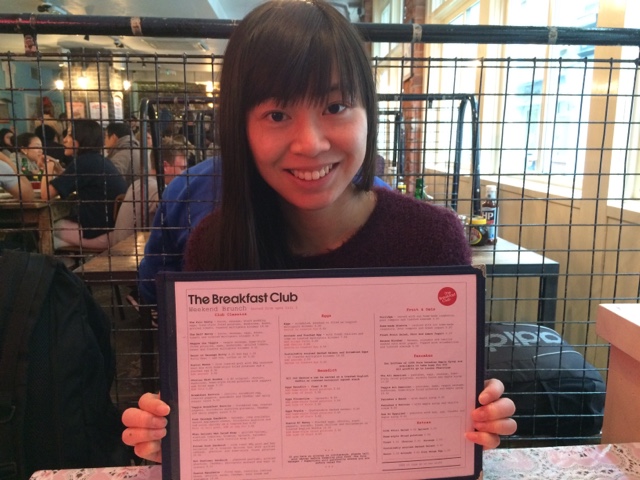 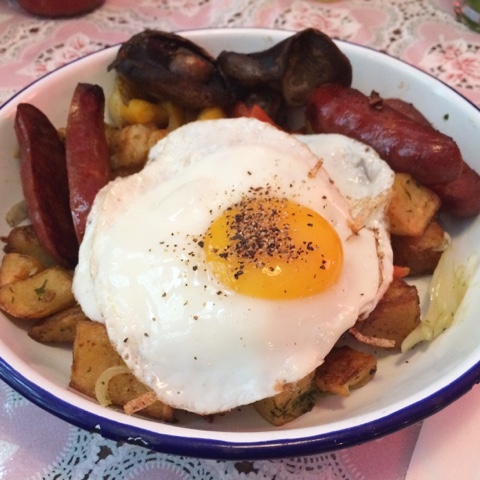 This time I went for Chorizo Hash Browns - chorizo, mushrooms, home-style fried potatoes with peppers and fried eggs. I'd say I prefer the All-American but this was just as filling.

Ken went for the full Monty and struggled to finish it :p 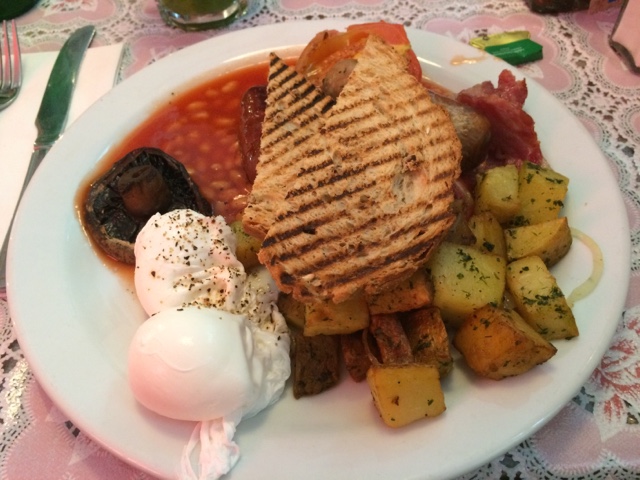 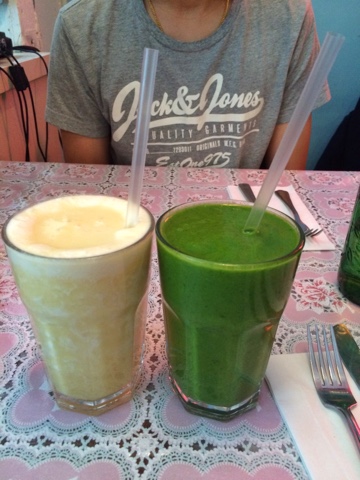 We also tried two different smoothies, £4.70 each:
Green is Good, which has spinach, mint, mango and apple
Tropical Gangster, which is made with pineapple, lemongrass, lychee, apple and lime. The green smoothie was a little bit too green for me.. but if you're looking for something fruity, I'd go for the Tropical Gangster.

For those who haven't been, I would definitely recommend it. It has a laid back and friendly atmosphere. Be prepared to queue if you're going at the weekend but it is worth the wait :)