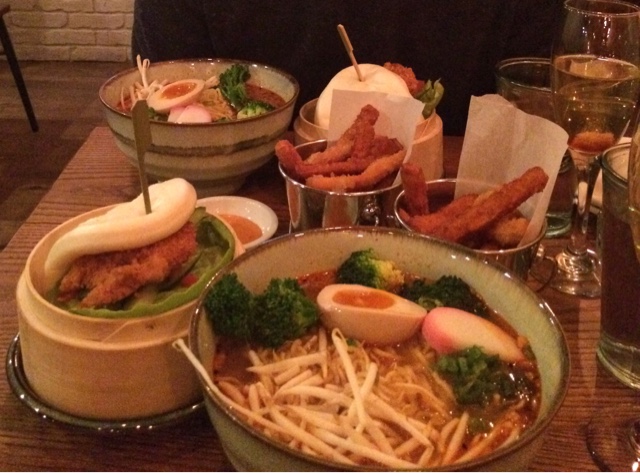 After seeing an offer on TimeOut, I was really keen to try the new Japanese place near Leicester Square station - Gyoza Bar. We visited on the 10th day of opening and turned up hungry!

For £16 per person, you each get 5 pork gyozas, sweet potato chips, a chicken katsu bun, a bowl of spicy mince pork ramen and a prosecco cocktail! 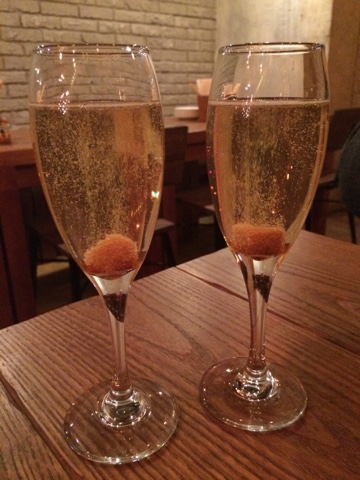 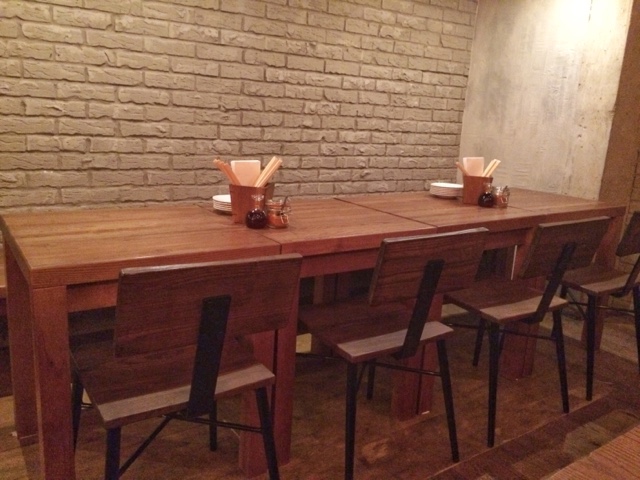 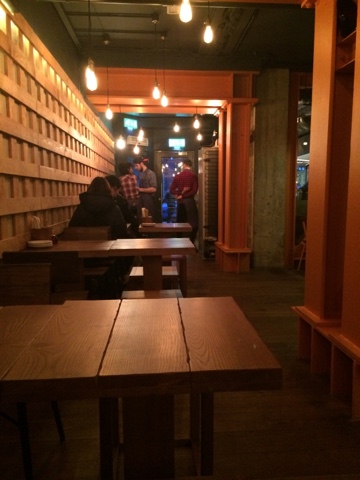 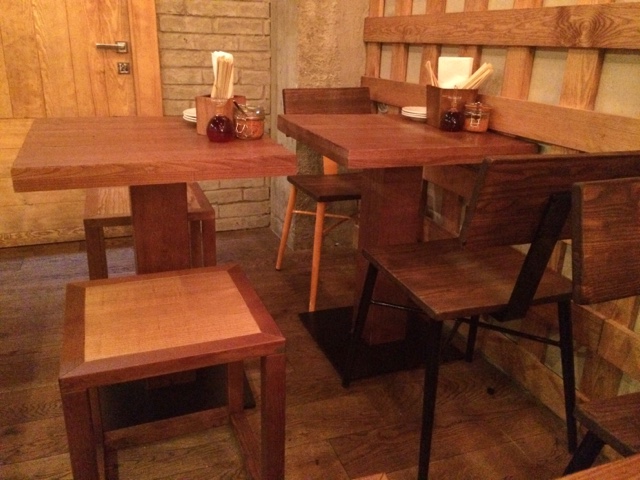 As I had made no reservation, I got there as early as I could (5:45pm) and was seated at a table of two. I was a bit worried about how close the next table to us was. To demonstrate, here's my hand to show the gap (and I have small hands). 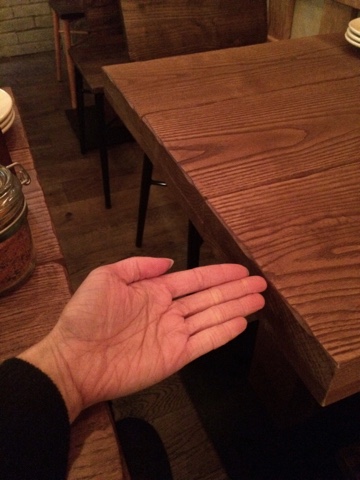 Our waitress was friendly and attentive and told us we had an hour before they needed the table back.

Although the staff never made us feel rushed, the food came so quickly (within 5 minutes) we couldn't keep up and things became cold. 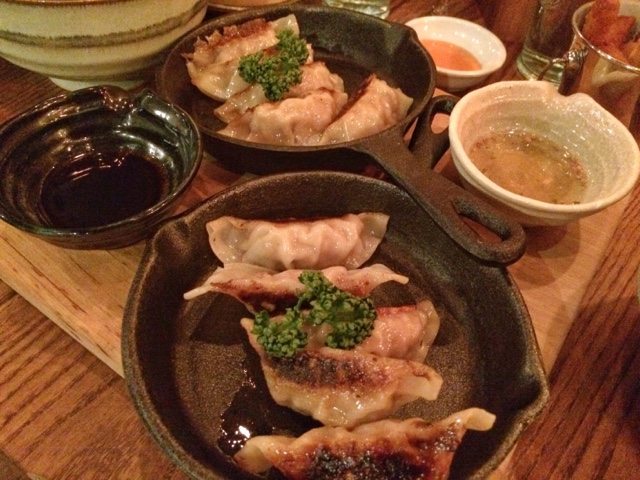 The pork gyoza were delicious, especially dipped in the soy sauce. There was also a cilantro vinegar dipping sauce but it didn't really taste of much - more like watered down lemon juice. One set of gyozas were a bit burnt but luckily the other set was ok. 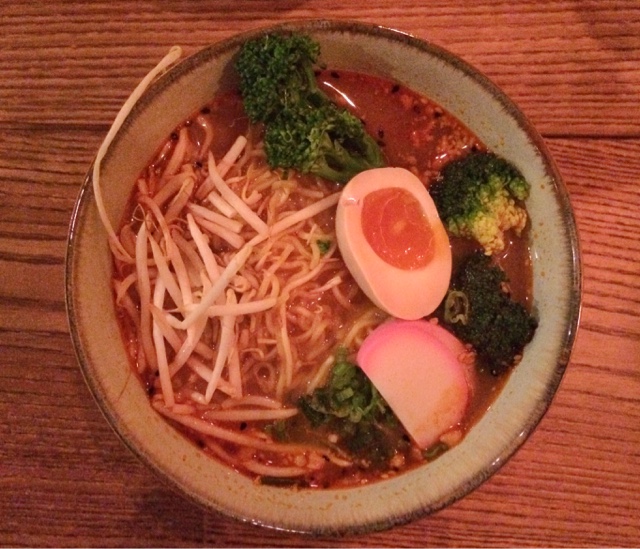 The ramen was nothing special I'd have to say but the tea stained egg was the tastiest ingredient in the bowl. It had a prominent soy sauce taste, which I think the ramen needed and the yolk was gooey. I wouldn't say it was spicy but it was a lot to finish with the other dishes. 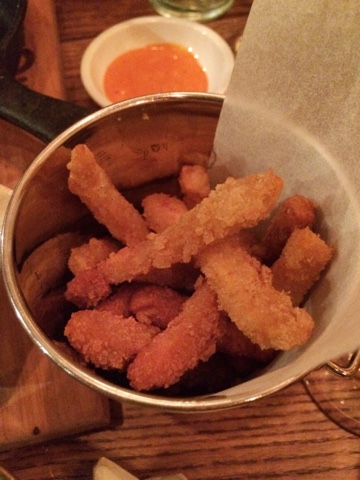 The sweet potato chips arrived in two little metal buckets and had the crispiest coating I've ever seen. As much as I love sweet potato fries, I was disappointed to find that some were undercooked and a little old. It came with a spicy mayo dip made from egg, chilli and soy, which went well with the fries. 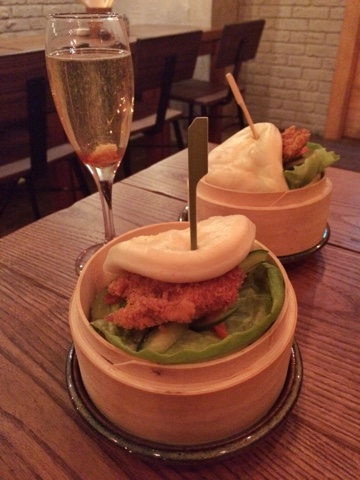 The chicken katsu bun came in a wooden container and looked really cute. Made with lettuce, tomato, mayo and a crispy chicken katsu piece. Although it was cooked will, I found it a bit too dry. 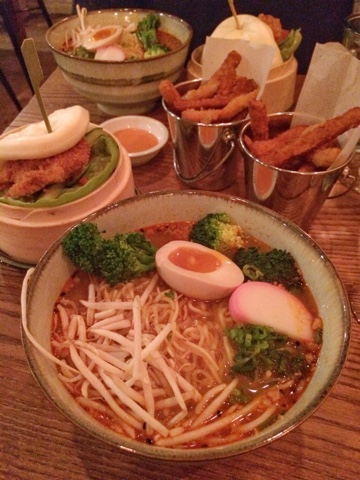 Overall, I'd say Gyoza Bar is the place to go if you're looking for a quick meal. I'm not sure if I would recommend it for date night as it was quite hard to hear each other due to the loud R&B music. Also with the tables being practically next to each other, you can join in with other people's conversations (if they don't mind). The food was ok but I thought the service was better. If you want to snap up this great offer be quick as it runs out on the 5th March 2016! It can get really busy so I'd recommend booking a table if you plan on going :)

I couldn't find a website so thought I'd put a pic of the menu on here too: 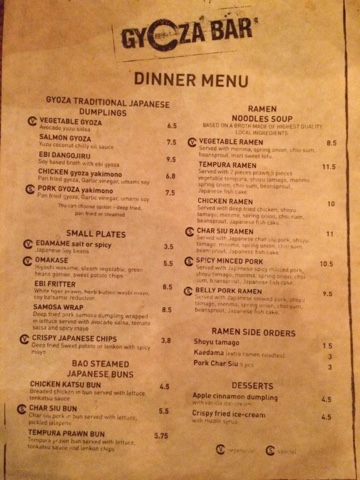