I found out about this place from one of my fellow Instagrammers and was excited to go visit during their soft launch! 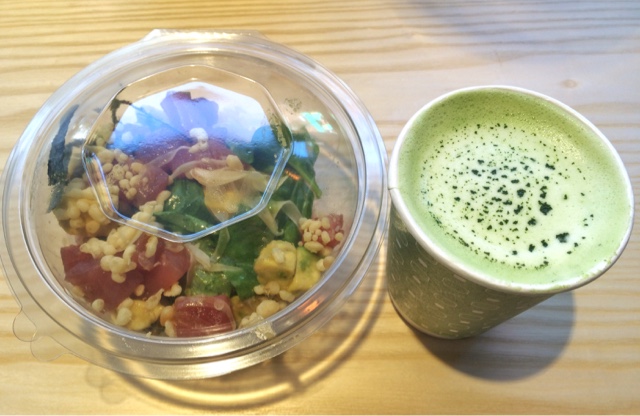 I brought 3 other friends along and we went there during our lunch break.
There was a bit of a queue but this went down fairly quickly due to a member of staff taking orders with an iPad as well as another at the counter. I must admit I spent ages deciding what to have but finally went with a regular Classic Tuna Avo and an almond milk Matcha Latte. Whilst waiting for my order I met Patrick who is the manager and was able to see a list of allergens. 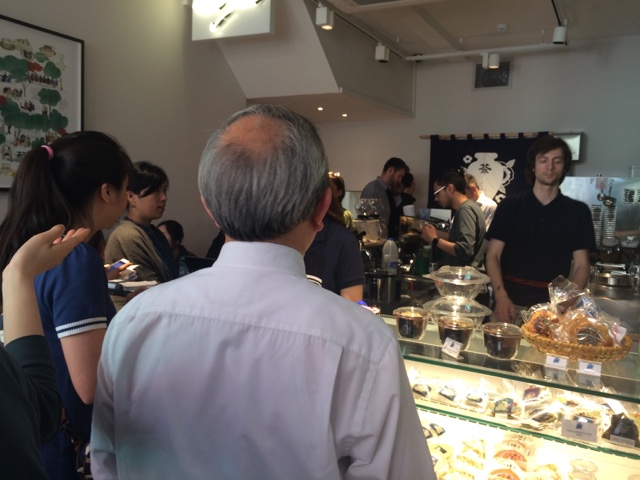 I collected my order and my matcha latte. Luckily I had asked if it was made with almond milk as it would have been another Tsjurui moment (they added a shot of condensed milk and my throat closed up). 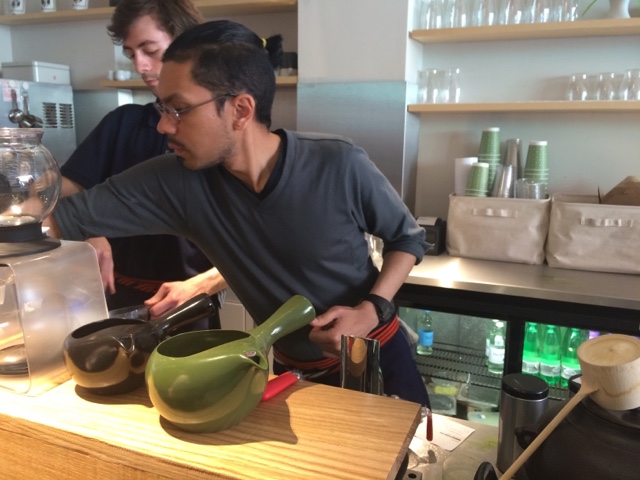 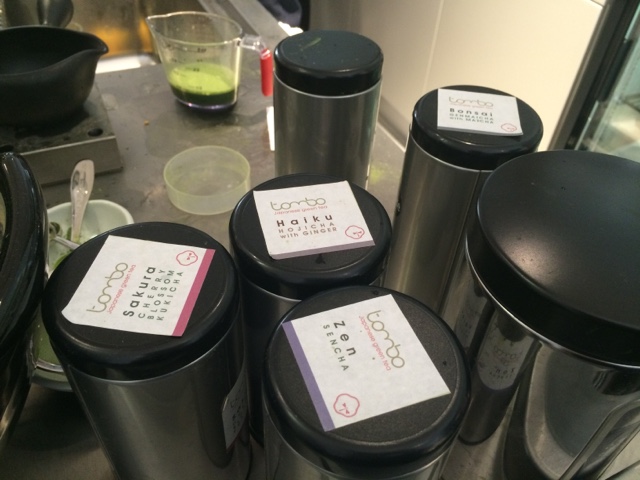 I had to wait a while for another one to be made but it was worth it. Although it was easily resolved, I do think Tombo need to take extra care with their orders. It was just the right sweetness, which balanced out the slight bitterness that matcha has. I loved the extra dusting of matcha powder on top :) 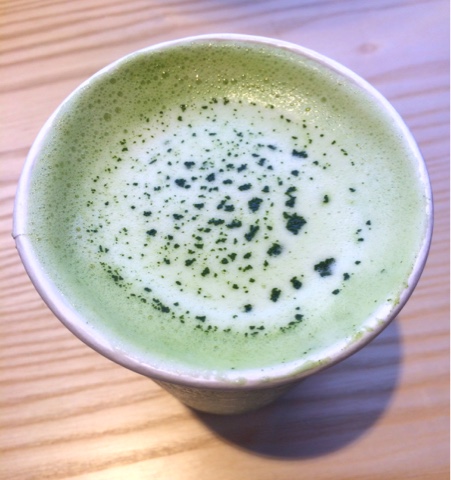 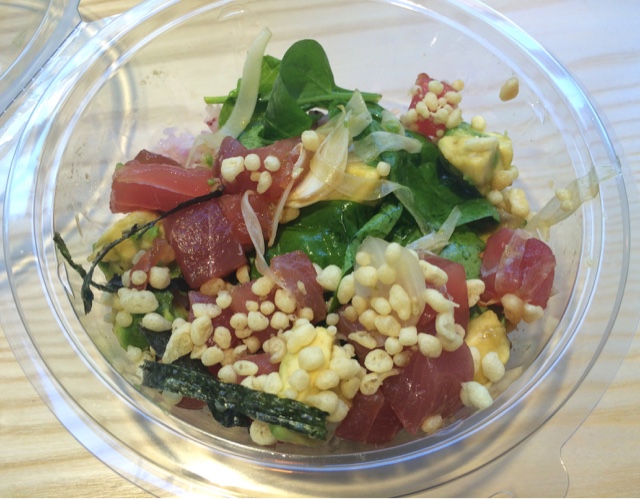 I found the Classic Tuna Avo to be a bit hit and miss. There were elements that were delicious and others that could be improved on. I thought the tuna was a bit tasteless and the pieces had not been cut well as they still had bits of skin on a few pieces. I also found a hair wrapped around one of them.. 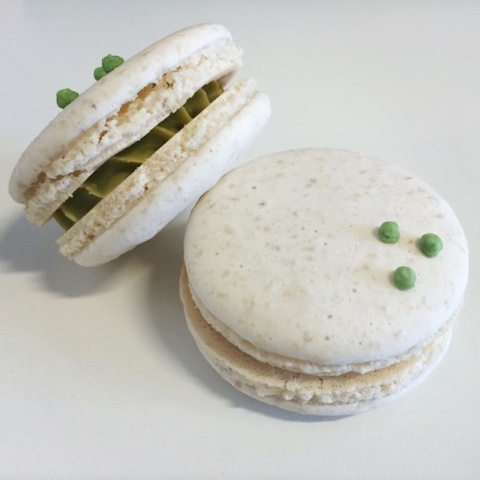 But the manager did offer me a refund and these green tea macaroons, which are made in their South Kensington branch by their Japanese baker.

The avocado was yummy but I would have liked more of it and I think it would look more appealing if the brown pieces of avocado were excluded.

I really enjoyed the warm Japanese rice at the bottom of the bowl with the flavour of sesame oil running through it. The tempura crumbs reminded me of rice crispies just without the crunch but that was my fault as I had spent too much time taking photos. 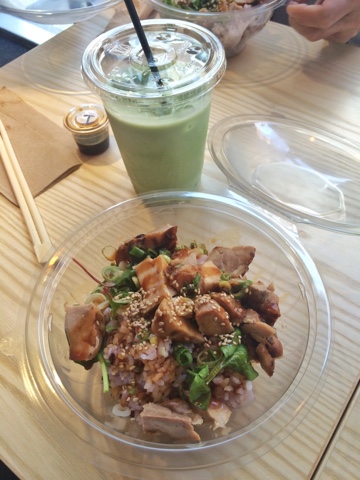 One of my friends had the Teriyaki Chicken, which he thought was ok but the thing he said he would come back for was iced matcha latte.

Despite the hairy finish, Tombo is a good place to go if you're looking for a quick bite and haven't had Pokē before. I would say the portion size is more suitable for lunch than dinner. Seating is quite limited due to renovation but there will be more seating downstairs once it is completed.