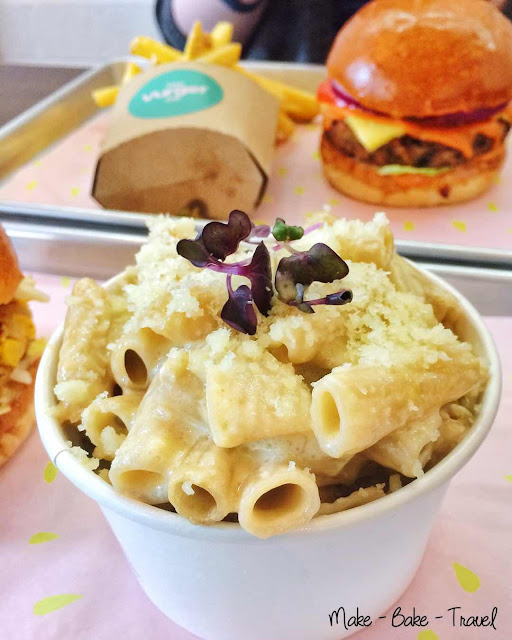 After trying their Xmas burger in 2017, I was excited when The Vurger Co announced that they were going to open up their first restaurant. Based just a few minutes from Shoreditch High Street station, this vegan place specialises in burgers but also serves mac and cheese, milkshakes and ice cream. 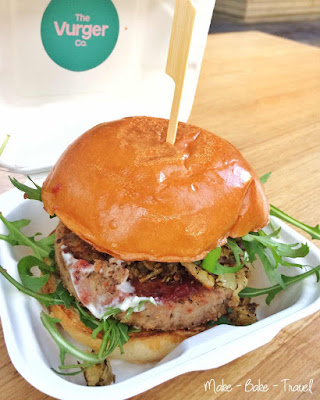 I opted for the Holy Habernero burger but as I had read such good reviews about the mac and cheese, I chose this as my side instead of fries. 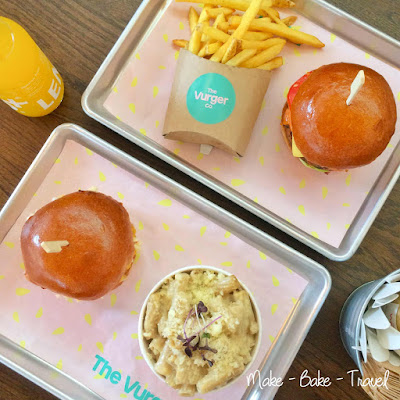 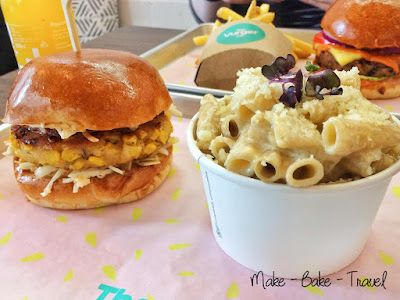 What is the Holy Habernero?
Sandwiched between two soft brioche pieces is a patty made from corn and Habernero peppers, chilli mayo and sprinkled with toasted almond flakes and tortilla chips. It’s not as photogenic as the other burgers as there are no greens but if you like it spicy - this is the one for you. The only downside to the burger was not having enough texture. With the patty and bun being soft, it needed something crunchy. The almonds helped but there weren’t enough to contrast from the soft filling. Also the chilli mayo made the tortilla chips soggy, so I would have preferred these to be served separately. 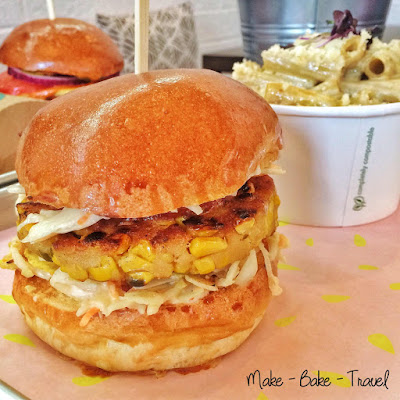 Mac and Cheese
If you like the taste of truffle and the creamy texture of a coconut then I would recommend this side. For £4.95 you can fill yourself up with this creamy, aldente pasta. The sauce isn’t overpowering but distinctively black truffle-like. I do admit chips would have been a better side for contrast as the mac and cheese was another soft texture but I would recommend trying it.

It is a great place for anyone looking for vegan burgers and for students as they offer a discount, so why not give it a try?