On Wednesday, I was surprised at work by my boyfriend who decided he wanted to take me out for lunch :) As I only have an hour break and having never been before, we decided to go to Jamon Jamon, in Camden :)

As there was only one other couple in the restaurant, the food came quickly after ordering. On Mondays to Fridays at 12-3pm, you can get 2 for 1 on tapas, excluding sharing dishes. Also if you have a tastecard, that can be used too if you plan on going at a later time but check the T&Cs beforehand.

Settling for 6 dishes, here is what we ordered: 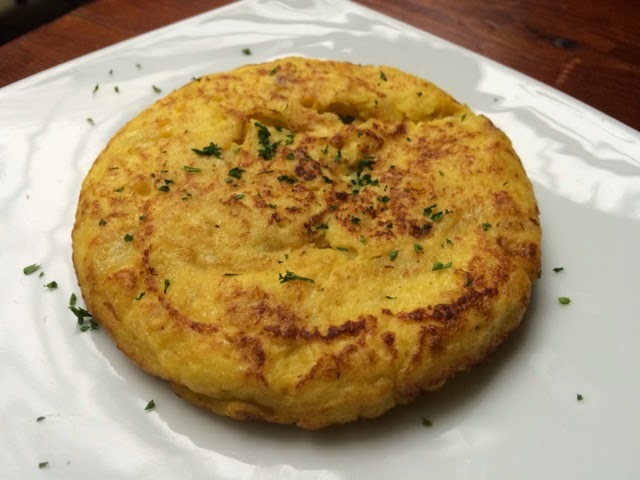 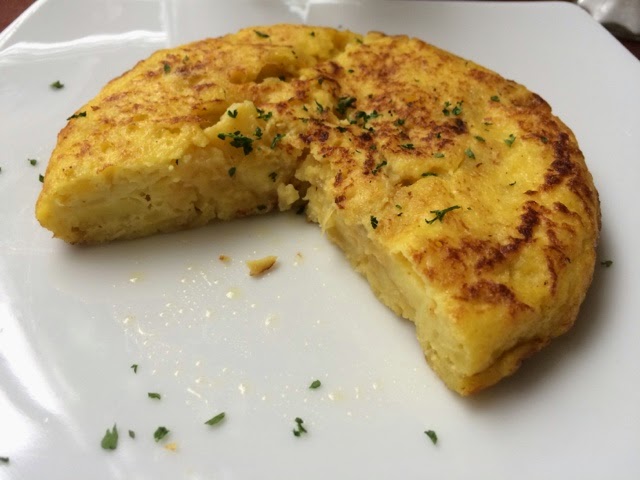 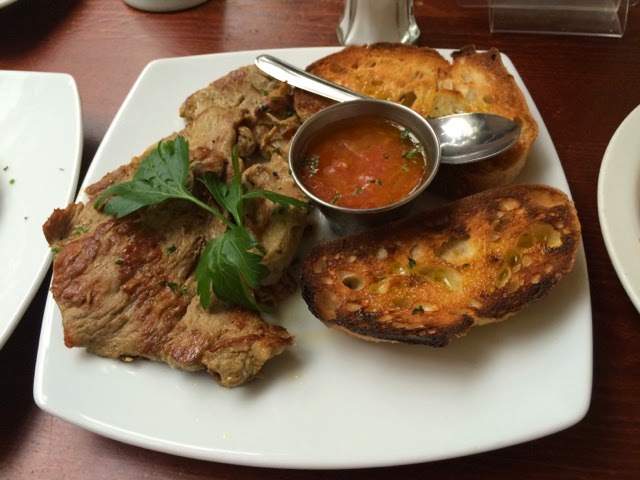 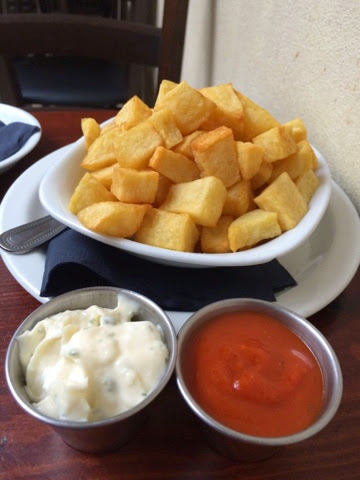 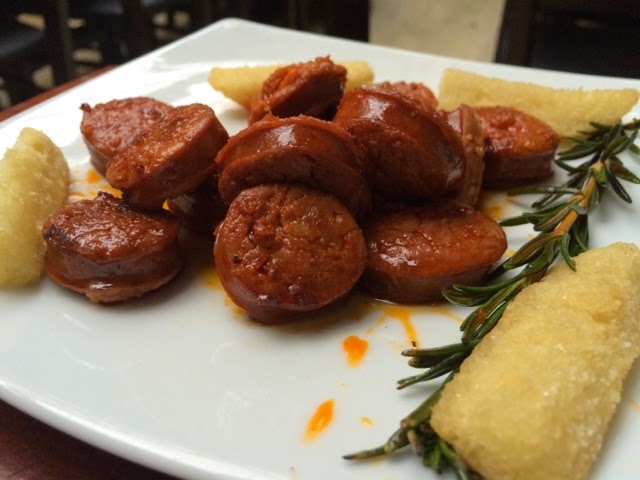 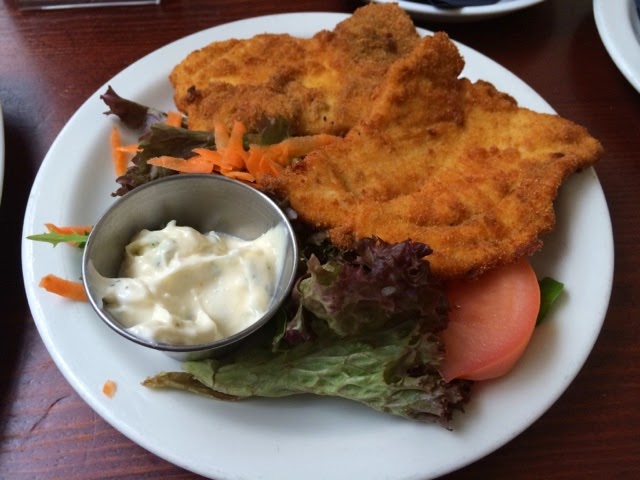 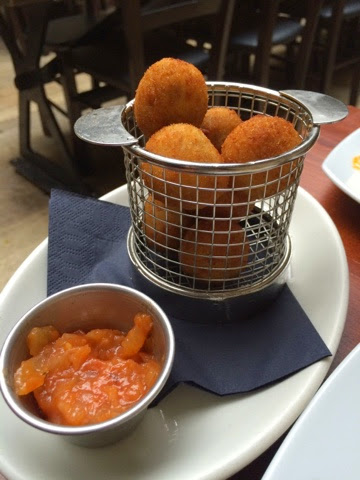 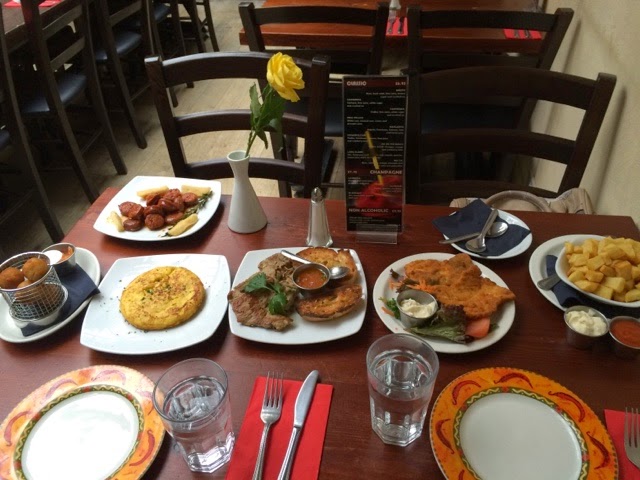 Out of all the dishes, the pork would have to be my favourite. Even though it looks really simple, it has lots of flavour! I'd definitely come back again for it :)
Labels: food london tapas