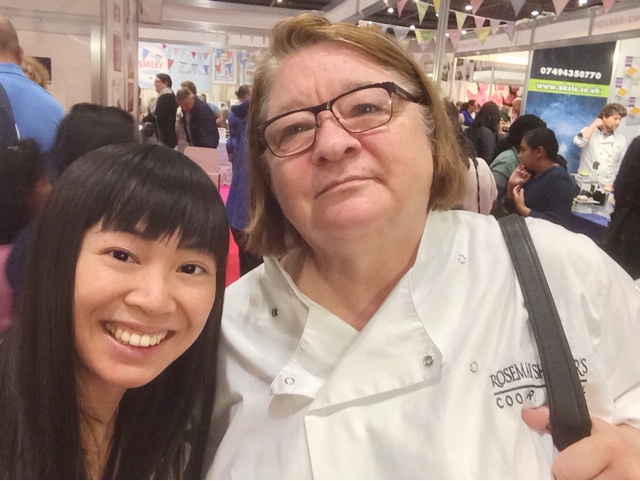 I love baking :) It's not just the making part but also seeing everyone's reaction when it's finished. So when Vi Vian (check out her website here) kindly offered me her tickets, I was too excited to turn them down!

As I've never been to one before, I didn't know what to expect. Inside Excel in area N7, were lots of stalls. From baking utensils, to ovens and baked foods, it seemed impossible to leave empty handed!

We arrived just in time to watch Martha Collison make funnel cakes, which are like a very long but thin churro nest, dusted with sugar and lime zest and drizzled with chocolate.

After choosing which live demos we wanted to watch, we wandered around as many stalls as we could. 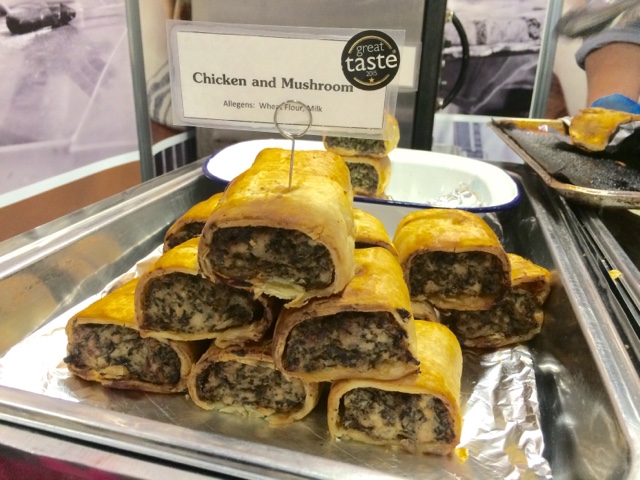 There was so much to choose from, but we started with sausage rolls from ..., which were fresh from the oven :) I'm not a fan of mustard but a little dash went well with my chicken and mushroom sausage roll. We also visited The Brownie Company and were able to purchase a peanut butter one (they had run out at the Chocolate Festival) and a tiffin brownie, which were nice but different to how we had expected them to taste. The peanut butter one was more like snickers with chunky pieces of peanut rather than a peanut butter texture/flavour.

There were lots of different completions and samples to try but my favourite would have to be the paratha from Shana Foods Ltd. The flavours were delicious and that was just the paratha warmed up with out any sauce!

There were lots of different cakes baked by juniors to professionals. Here are just a few I captured: 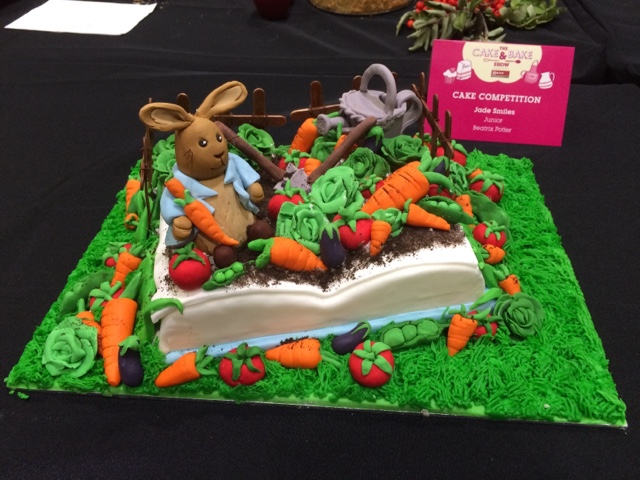 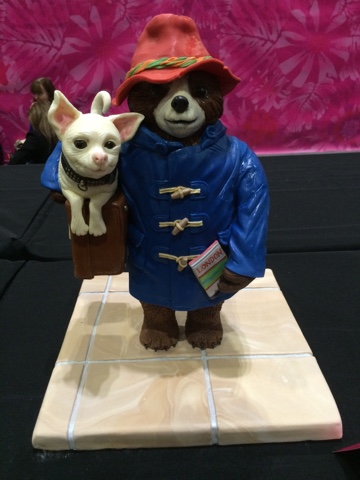 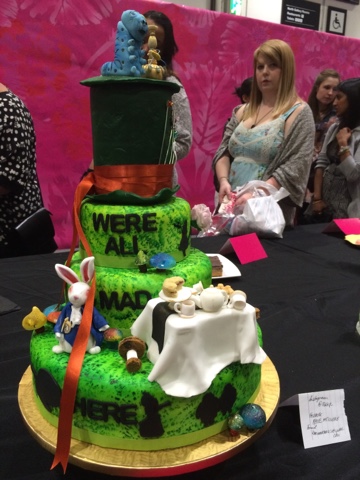 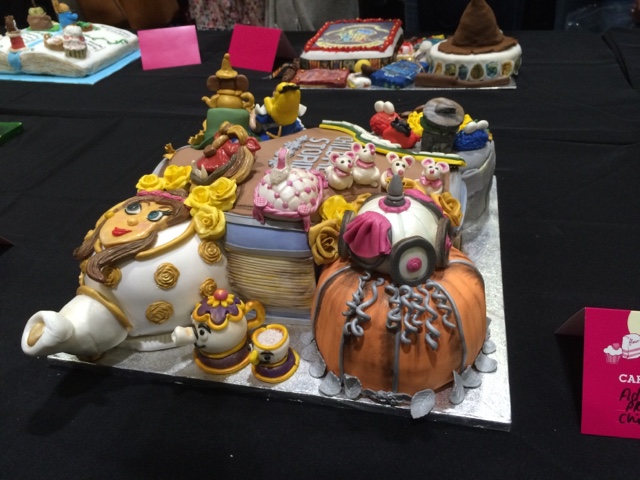 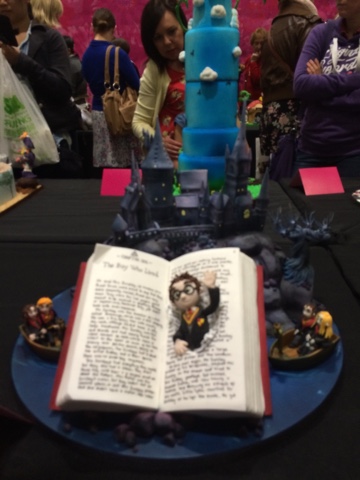 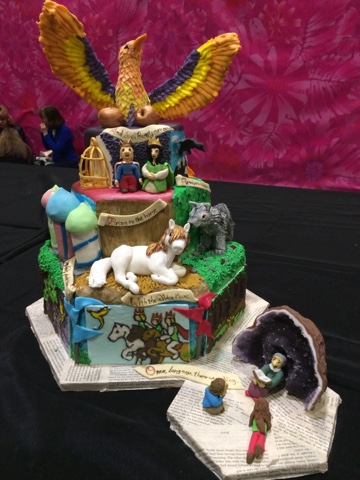 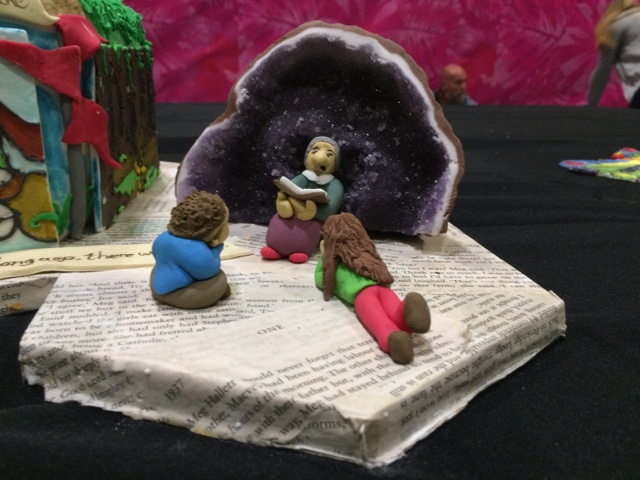 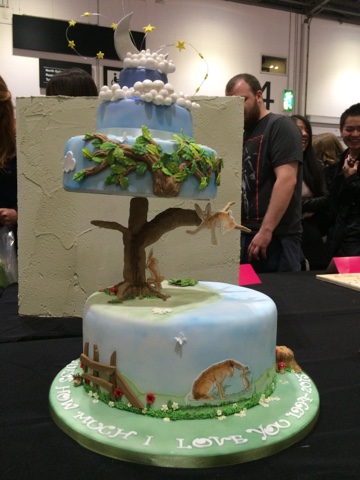 Next live demo was by Wendi Peters, who made her "sexy pudding" - the same one she made on Masterchef. Although the audience weren't able to try any, the smell of it baking in the oven was enough to get us drooling.
See if you can spot me in the photo :p 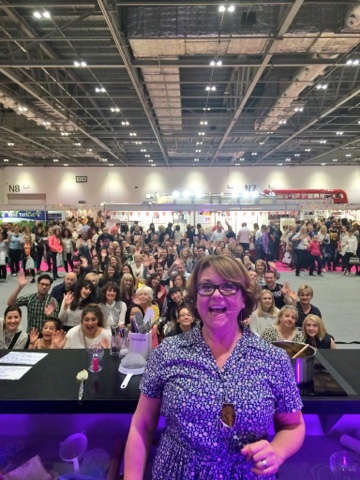 The last demo I was interested in was by Charlotte White, who made her red velvet cake, which happened to be vegan! Although in her live demo Charlotte had shown us how to make a (non-vegan) cream cheese frosting, she had made some cupcakes earlier, which had a vegan cream cheese style frosting. If anyone is interested the recipe for this is on the GoodFood website. After her fab demo, I was able to meet the lovely Charlotte and get a hug from her :) I was even given a vegan cupcake to try, which was yummy. Thank you Charlotte, it was lovely to meet you! 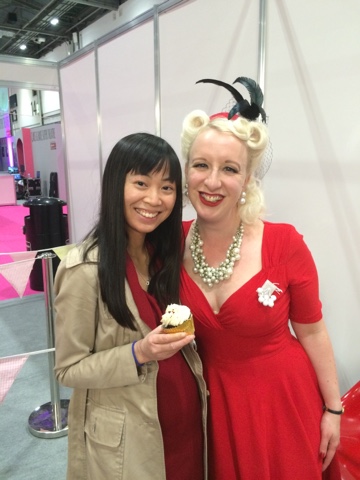 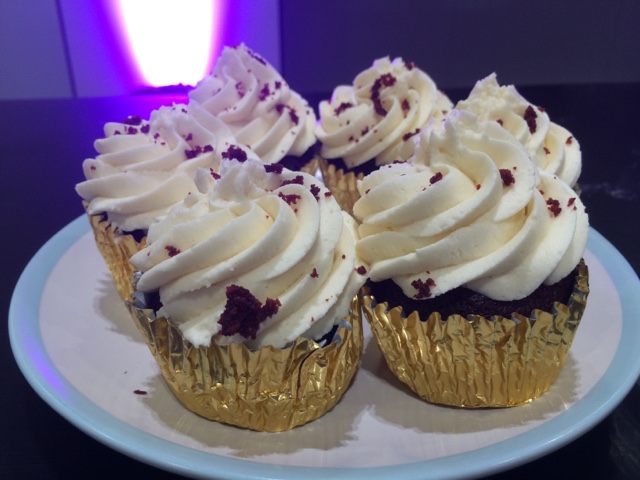 With the show nearly ending, we walked around quickly to cover any stalls we had missed. Some food stalls were doing sales so picked up another brownie from.., which was gigantic for £1!

I also bought some cake boards and entered Dr Oetker's lucky dip, where I won some wafer flowers :)

For any keen bakers in London, I would recommend this event :)