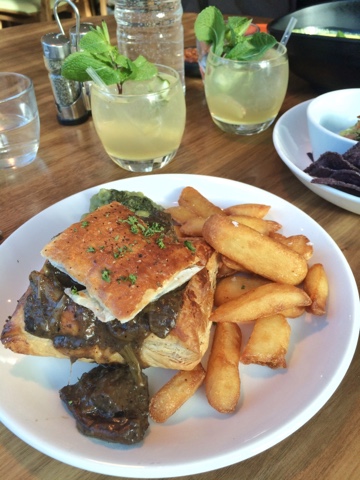 I'm excited to say I'll be starting my new job as a Graphic Designer next week! Since it'll be in central London, I'd thought I'd try all the places I wanted to before I leave Camden.

One of the restaurants on my list was Mildred's. I had planned to have my leaving lunch here but they simply could not cater for a group of 18 (maximum 12). So I thought it'd be a perfect place to catch up with Melissa.

We ordered a drink and a main each and a side to share.

I loved the mocktail - virgin mule. Made with ginger, cucumber, lemonade and vanilla syrup it was like a very throat-warming ginger beer but possibly the best mocktail I've had! 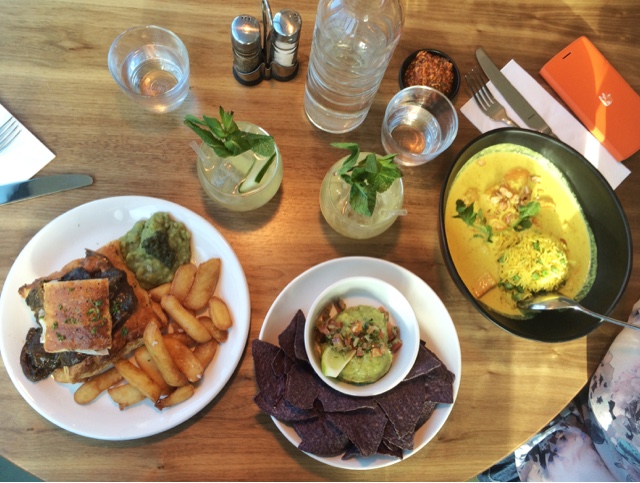 The food arrived so quickly, we had barely started our conversation! We started with the smashed avocado with lime, chilli and blue corn chips. 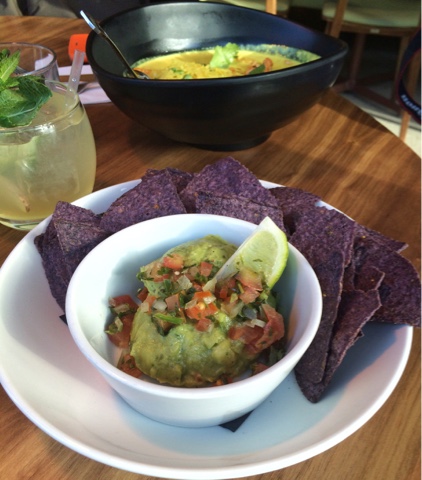 We were both craving guacamole so it definitely hit the spot. The blue corn chips were more appealing to the eye than the tastebuds as they didn't really taste of anything but went well with the avocado.

For my main course, I chose the mushroom and ale pie with minted mushy peas and chips with basil mayo. 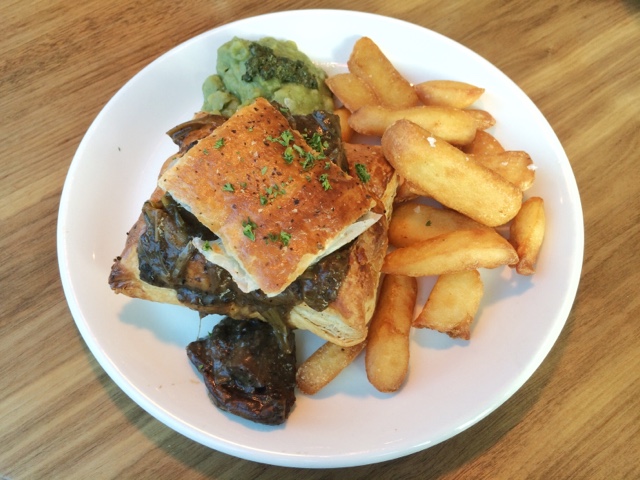 The pie looked different to photos I had seen but nonetheless still tasty. The mushy peas were a bit over salted but I liked how the extra mint was just sprinkled on top so if it was too much, it could be removed. The chips were beautifully golden, with a perfect crunch and soft fluffy potato in the middle. Even though they were delicious with a sprinkle of sea salt flakes, I really enjoyed dipping them into the basil mayo. 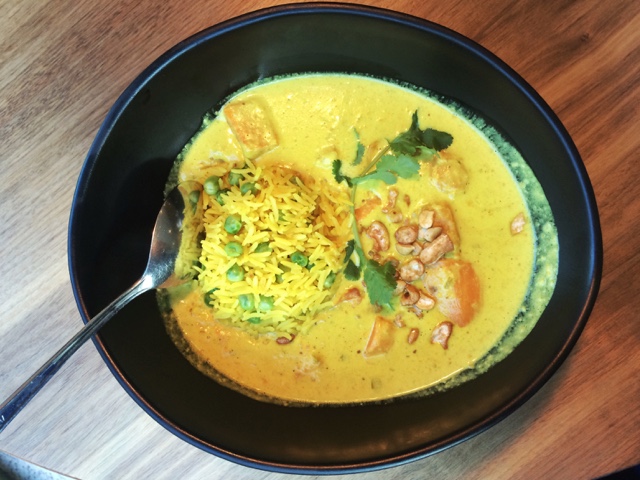 Melissa went for the Sri Lankan Curry, which was so fragrant and vibrant in colour and flavours, it made me wish I had chosen that instead! 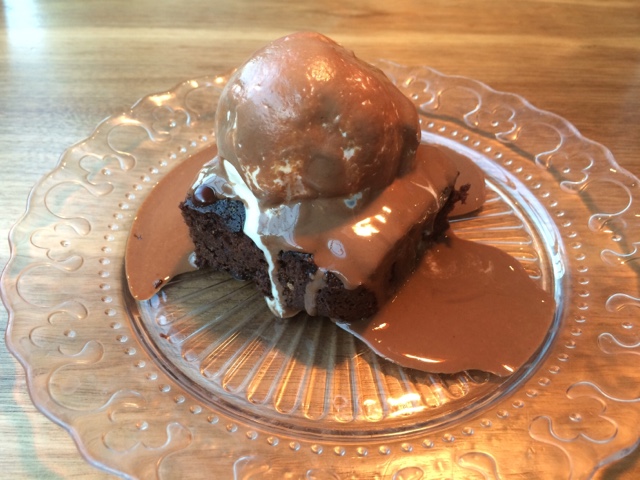 After wanting to try the peanut butter brownie with vanilla ice cream for so long, I finally got to try it! Sadly it wasn't as great as I thought it would be :( I loved the hot-cold combination but the brownie became hard and was so rich it became sickly. I'm not sure I can say it was worth £6.50.

Overall I love Mildred's for the fact they serve vegan food with great flavours. We did feel a bit rushed as soon as more people started to arrive. Our waiter started appearing at our table more often and began hovering over to see if we had finished with our dishes. Straight after I had picked up the last corn chip, a waitress swooped in and took that plate away!

If you plan on visiting here, make sure you book a table in advance as it can get really busy!
9 Jamestown Road
Camden
London
NW1 7BW